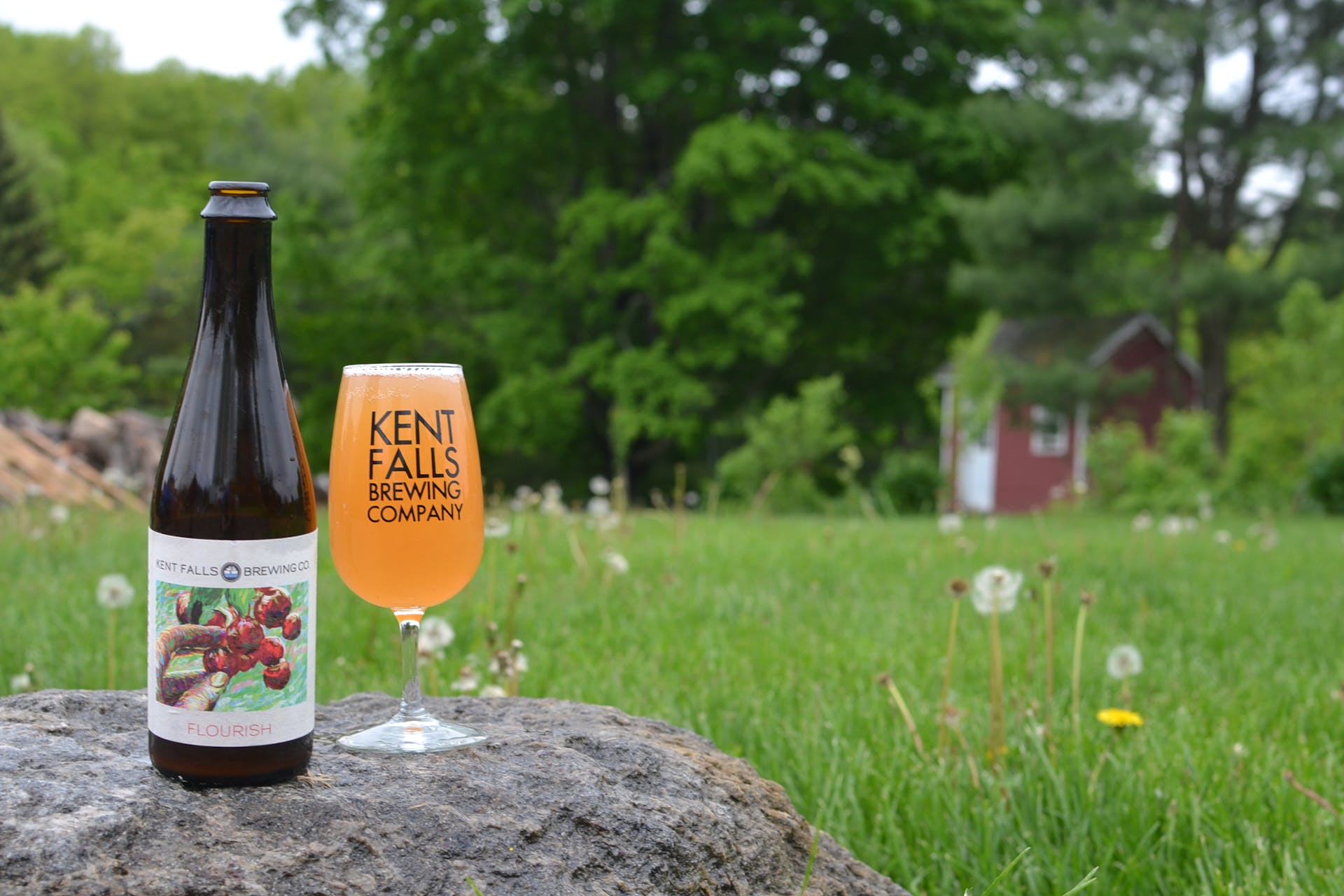 We are pleased to release Flourish; a blend of 25% spontaneously fermented farmhouse ale on second-use cherries in wine barrels for over one year and 75% clean saison brewed with Valley Malt malted barley and wheat, then conditioned on 250# of CT Montmorency cherries in stainless steel. The barrels were chosen for the way in which the clean cherry farmhouse ale in stainless would balance the more intense sour cherry character from wild fermentation. Together the whole fruits contribute bright fleshy notes of sour cherry and deep mature cinnamon kicks from contact with the pits while maintaining the base beers light body and character.

There are 75 cases of this beer in total, several have been designated for festivals and other special events. This Thursday at the opening of the tasting room we will be selling 30 cases to go (360 bottles) until they are gone and the rest will be held for future releases and on site pours.

Brewing with local malt and fruit is not an uncommon activity for us at Kent Falls. In fact, it is something we try to focus on and are always striving to do more of. There are beers we have released which incorporate wild yeast cultivated from the farm or off local fruit at various points in the process but none produced through a more “traditional” method of using our coolship. Flourish is the first beer which will be released from our spontaneous program. The first such beer we brewed was on April 9, 2015 and were only able to fill two oak barrels and is the only batch produced in our first year. In the time since we have now managed to fill 20+ barrels with spontaneously fermented beer; some more untraditional than others – including the two barrels chosen for this beer. We have packaged others including a multi-year blend and are very excited about the progress it is making and look forward to the next releases later this year.

In the meantime, we hope you enjoy this as much as we do.