This Thursday we will be making bottles of JWD Weisse available at the brewery for the very first time.

JWD is a Berliner weisse style brewed with our friend Uli from Schneeeule Berlin on our farm in the summer of 2019. We first met Uli at Carnivale Brettanomyces in the summer of 2016 and were excited at having the opportunity to collaborate on a beer with her at our brewery.

Upon her arrival at the farm, Uli very quickly exclaimed that we were “JansWeit Draussen” or to put it gently, pretty far out there.

For this beer we married her traditional Berliner Weisse process with a selection of inputs from each of our breweries. Using a grain bill comprised of 50% pilsner and 50% malted wheat from Valley Malt; Jasmine and foraged wild chamomile were added in the kettle for an elevated fragrance. The wort was then split into two chambers; one gently acidified with a culture of lactobacillus from Connecticut barley, and the other fermented with ale yeast. Once the two had reached the desired targets they were blended together and a culture of Brettanomyces brought over from Berlin was added for the final leg of fermentation. and dry hopped with Michigan grown Chinook before packaging.

After six months in the bottle this beer is in prime condition for spring. Low tide waves of Brettanomyces melded with jasmine, chamomile and subtitle notes of pineapple. 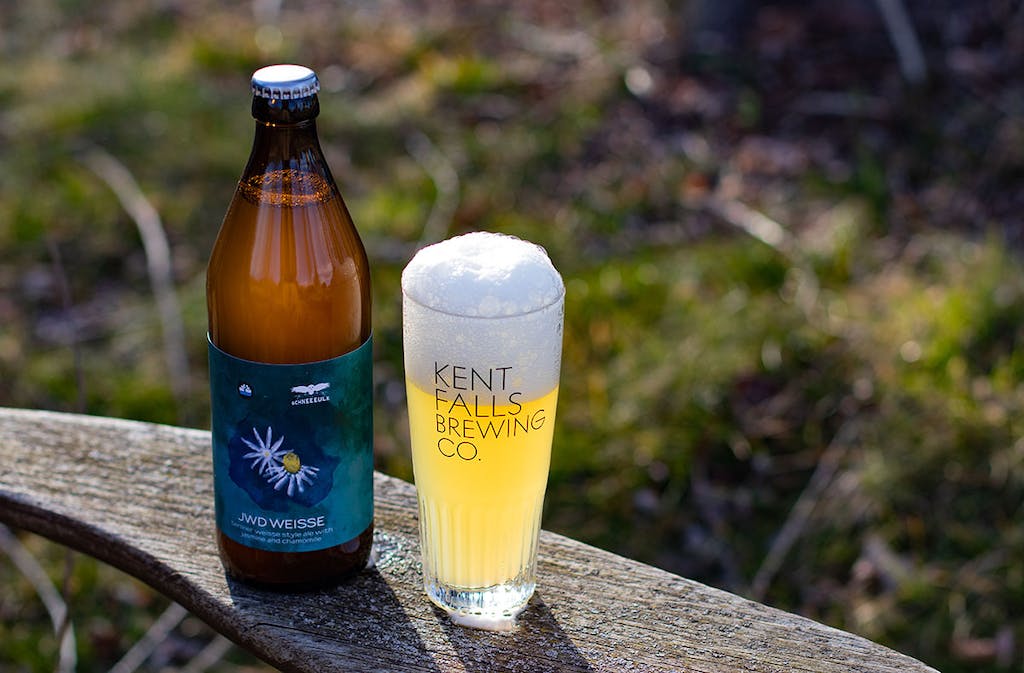