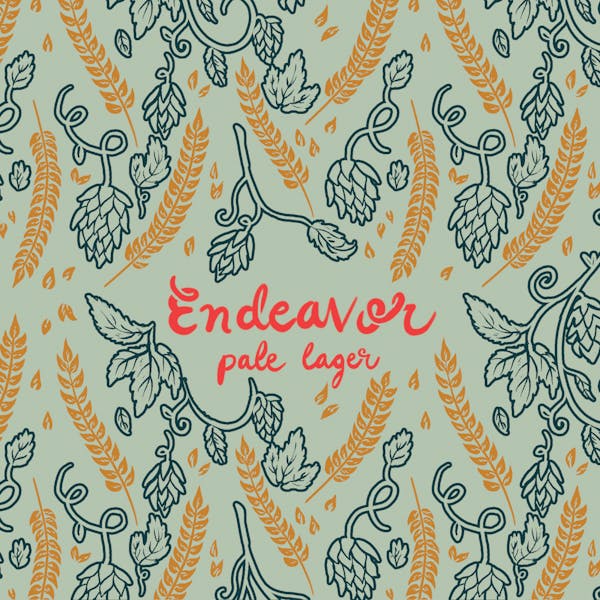 Endeavor is a Czech style pale lager named for our favorite variety of barley. To showcase the character of the malt we took a clean, traditional approach both for the ingredients selected and as a means to minimize our intervention in the process as possible; a triple decoction mash to amplify the character of the malt and whole cone Czech Saaz hops in the boil, natural carbonation methods and several months of lagering.

We first tasted endeavor barley in the summer of 2016 when our maltstress extraordinaire brought six varieties of barley she malted to the same specifications to do a flavor and color comparison. Hands down the winner amongst the six varieties was Endeavor. Our immediate question was when can we brew with it? Shortly after the sensory analysis we signed our first malt contract and would be ensuring Mosher Farms in Bouckeville, NY that we’d buy whatever Endeavor they could grow. That fall the barley was planted, and in the summer of 2017 it would be harvested. Our journey to using 100% locally grown grains in all of our beers gained incredible momentum when we began brewing our first Endeavor beers in the fall of 2017. Now three years later Endeavor is the base of all of our lagers, farmhouse ales and plays quite an important role in Superscriptᴵᴾᴬ. We thought it was long time to celebrate this wonderful variety with a beer of its own.