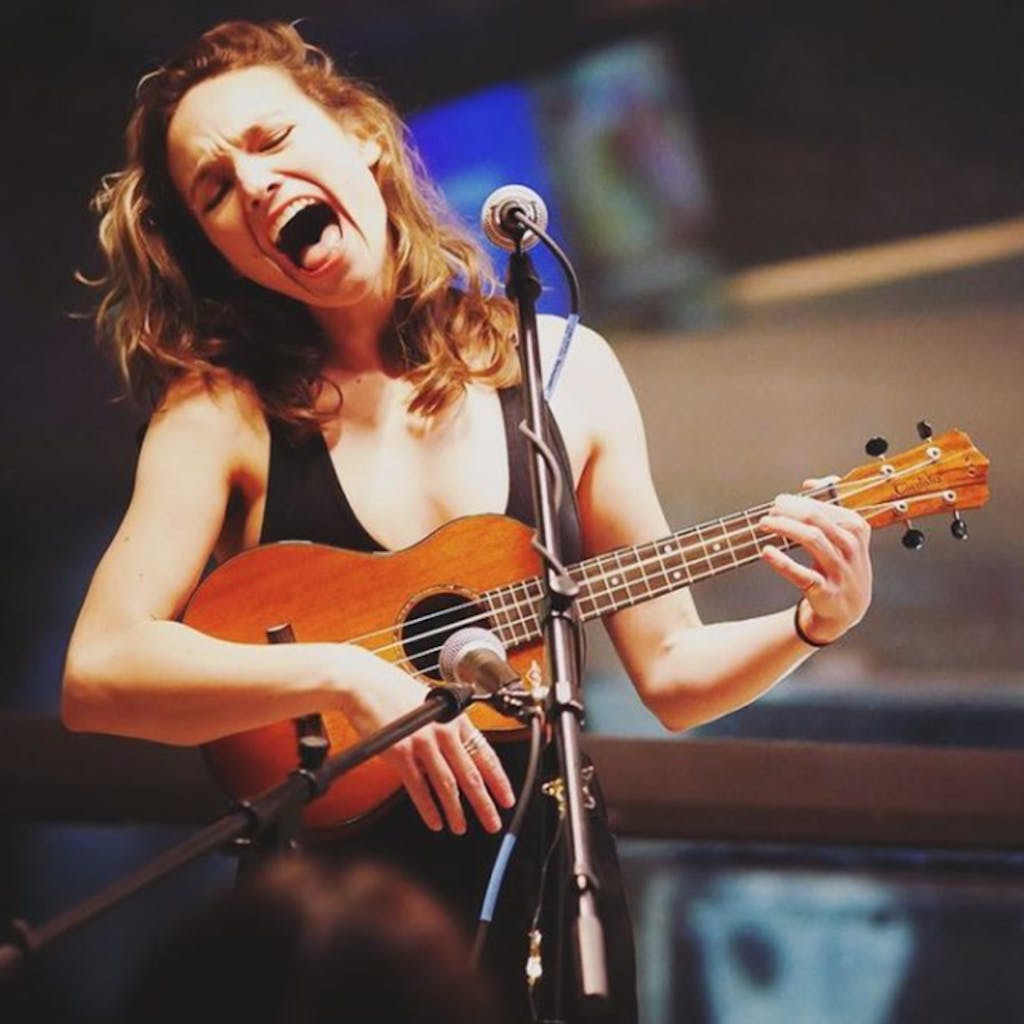 Claire
Youth in a Roman Field is the surrealist folk project of musician, writer, teacher, and activist Claire Wellin. The band’s progressive sound (described as a combination of ‘Appalachia, cayenne pepper, and ghosts’ and ‘like Radiohead but also folk music’) is reflected both in their inventive recordings and endearing live performances. Their unique ability to transform their training in traditional folk, jazz, and classical music has seen the band successfully grow a fan base from the ground up, forging deep bonds over the past ten years. Weaving string loops with soaring violin melodies and dynamic vocals, Claire’s solo show is part singer-songwriter, part one-woman-chamber orchestra, offering an intimate translation of the unique songs on the band’s records, including their upcoming third album, ‘Get Caught Trying,’ which explores self-worth, power, loss of faith, care, and collective healing. “Nightswims,” the first song off the new record, was released on August 30 and it is really great.

Hallie
“If you’re a fan of confessional lyrics and a strong, powerful voice,” writes 303 Magazine, “then Spoor is your girl.” Hailing from Denver, CO and based in Brooklyn, NY, indie-folk singer-songwriter Hallie Spoor has often been described as an old soul. The combination of her compelling vocals and emotional storytelling has led to her nickname, “The Adele of Americana” (bolderbeat). Hallie’s EP “New Ground” has been streamed more than 90,000 times on Spotify, and was released to a sold out crowd at Rockwood Music Hall in New York City. Her music is reminiscent of 1970’s folk icons, with symphonic moments sharply contrasted by bare vocals and acoustic guitar. Spoor is set to release her third EP in 2022.