If you’re reading this the odds are pretty high that you know our brewery is on, and a part of Camps Road Farm. What you may not know, is that we are also partners with Neversink Spirits.  For those of you who do not, consider this a formal introduction. 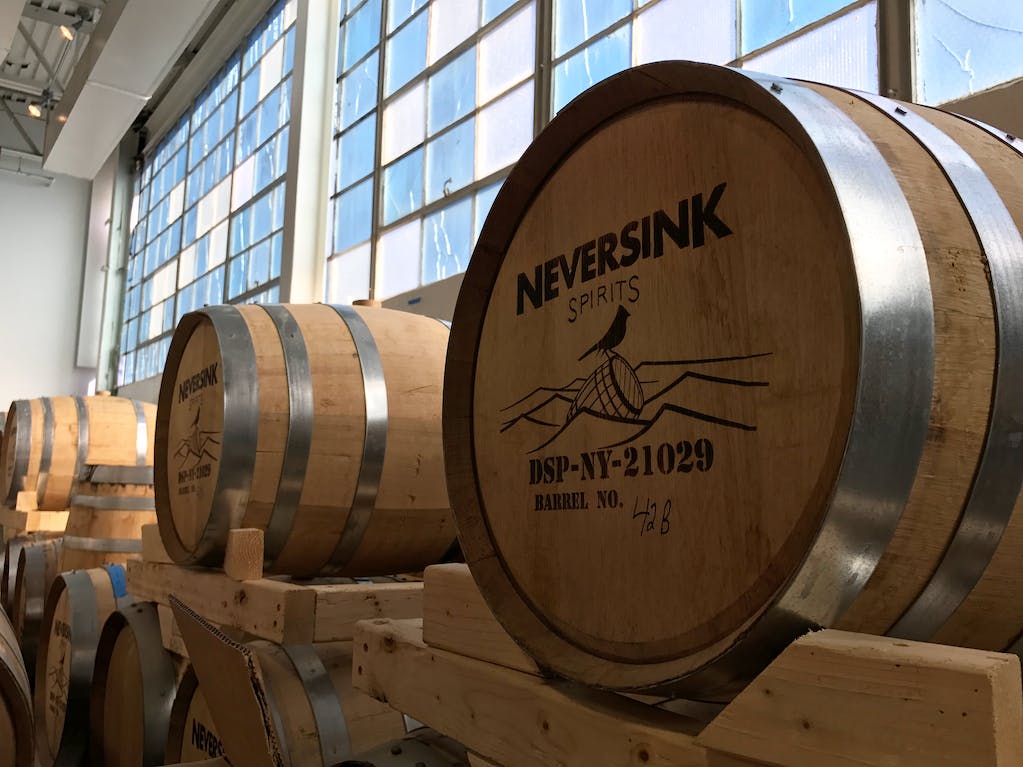 While it was only two years ago that our brewery and distillery mashed in for the first time; our partnership goes back quite a long ways.  Back in August of 2011 five of us sat down and began working through some of the ideas for how a brewery-farm-distillery might actually work. Our original idea (or dream if you want to be accurate) was to have all of the operations located in the same place – to increase and share efficiencies, sustainability and make collaborations a whole lot easier and frequent.

Our farm would simply not be able to take both operations running at full capacity and in order to preserve the nature of the property, community and environment; not to mention allow the businesses to grow the decision was made to open the distillery in Port Chester, NY. The legal environment for farm distilleries is also much, much friendlier in NY State.  Despite the farm brewery and distillery being in separate locations, we needed a physical anchor to connect the businesses. After moving onto the farm in June of 2012 one of the first projects was to clear an area in the back pasture and plant an apple orchard of more than 10 heirloom cider varieties. The trees are still too young for a harvest, but they will soon yield an estate cider and apple brandy.  Approximately the same acreage as our hop yard, the apple orchard has been an intense learning experience about literally growing your supply chain, and a symbol of what we strive for.  Not to mention require serious effort!

No matter the distance, we have worked tirelessly as a small group to help get each other overcome each hurdle as it presents itself.  The opportunity to problem solve within different operational requirements, growth strategies and certainly production processes have been an invaluable experience to us all.  The ingredients may be similar, but there is a lot more than higher alcohol content in the finished product that sets breweries and distilleries apart.

In a brewery like ours, sanitation and cleaning can be significantly more complex, especially when handling multiple yeast strains and mixed cultures containing wild yeast and bacteria. When cleaning tanks we use some pretty serious chemicals and sanitizers and plenty of CO2 to purge them of oxygen prior to filling them with our next batch. For now, we do not have a separate barrel aging facility ( hint hint) and our most “wild” barrels of beer, ones that have come from our cool ship and spontaneously fermented in the barrel, rest only a few feet from our brewhouse and fermentation tanks. Nonetheless, we maintain separate hoses, gaskets, packaging equipment and tanks for each of our yeast strains.

With distilled alcohol, it’s a bit different.  The distillation process and high alcohol content makes for a more forgiving sanitation process during fermentation. I remember my fist trip down to the fully operational distillery, each tank full of vigorously fermenting cider. While discussing which variety of apples were used for the juice, the guys asked if I wanted to open up the top man-way and smell a little bit of apple heaven (a serious no-can-do in the brewery). After a double take or two, I jumped at the opportunity and got a whiff of what would become their first batch of eau du vie (un-aged brandy). Think an orchard of alcoholic caramel covered apples.

“How lucky are these guys?!” I thought. And then I am reminded that it takes 6 days of distillation on their still to fill one 55 gallon barrel, which will then age for at least a year before it is ready.  The distillation process may allow for a bit more more lax sanitation requirements but it does no favors when you look at production schedules and growth rate. One thing, however, that breweries and distilleries will always have in common is the capital intensive nature of their operation. Equipment and space are not cheap, ingredients (and much more) need to be paid for, and suppliers don’t give you a break because you want to make bourbon that must rest in a barrel for at least a year before it can be sold. So anytime the opportunity presents itself for additional capacity, it’s hard to pass up.

This summer the brewery began producing 3000 liters of wort per week using NY grown barley, malted by our friends at Valley Malt. The goal, to produce a NY State Single Malt Whiskey.  Using our brewhouse to lauter (filter) the wort off the grain would allow the guys at Neversink to double whiskey production, using a cider tank for fermentation while their mash tun was filled with future bourbon. This would also be the first whiskey where the distillation was done from fermented liquid instead of from a fermented mash (“On grain”). Back to some numbers… Each of these 3000 liter batches ends up being distilled down to 30 liters of alcohol. Together, we managed to produce enough to fill a 225 liter pear brandy barrel which will rest for approximately two years before it is released. Needless to say, this is one long collaboration.

Rather than going on and on about collaborations that wont be released for a very long time or how we truck their spent pear mash and bourbon corn gloop mess back to the farm for composting – it’s time turn the focus to the first official collaboration between Kent Falls Brewing and Neversink Spirits; the perfect celebration of the brewery’s 100th batch.

Like our location on the farm informs many of the decisions we make for our brewery, the abundant supply of apples in NY informs much of the distilleries production methods; even outside of the apple brandies. While spirits mature in barrels, you still have to produce something that you can sell to keep the business afloat. Apples translate incredibly well in both unaged and oak aged spirits. Each year the distillery produces a single batch of unaged pear brandy, and have begun producing a gin; the base of which is a blend of neutral spirits from their apple brandy and bourbon production.  In fact, their bourbon even takes a bit of inspiration from apples. After a year of maturation in new American oak barrels of various sizes it is blended into used apple brandy barrel for finishing. Four months later, the bourbon is ready for proofing and packaging. Then we come back into the story. 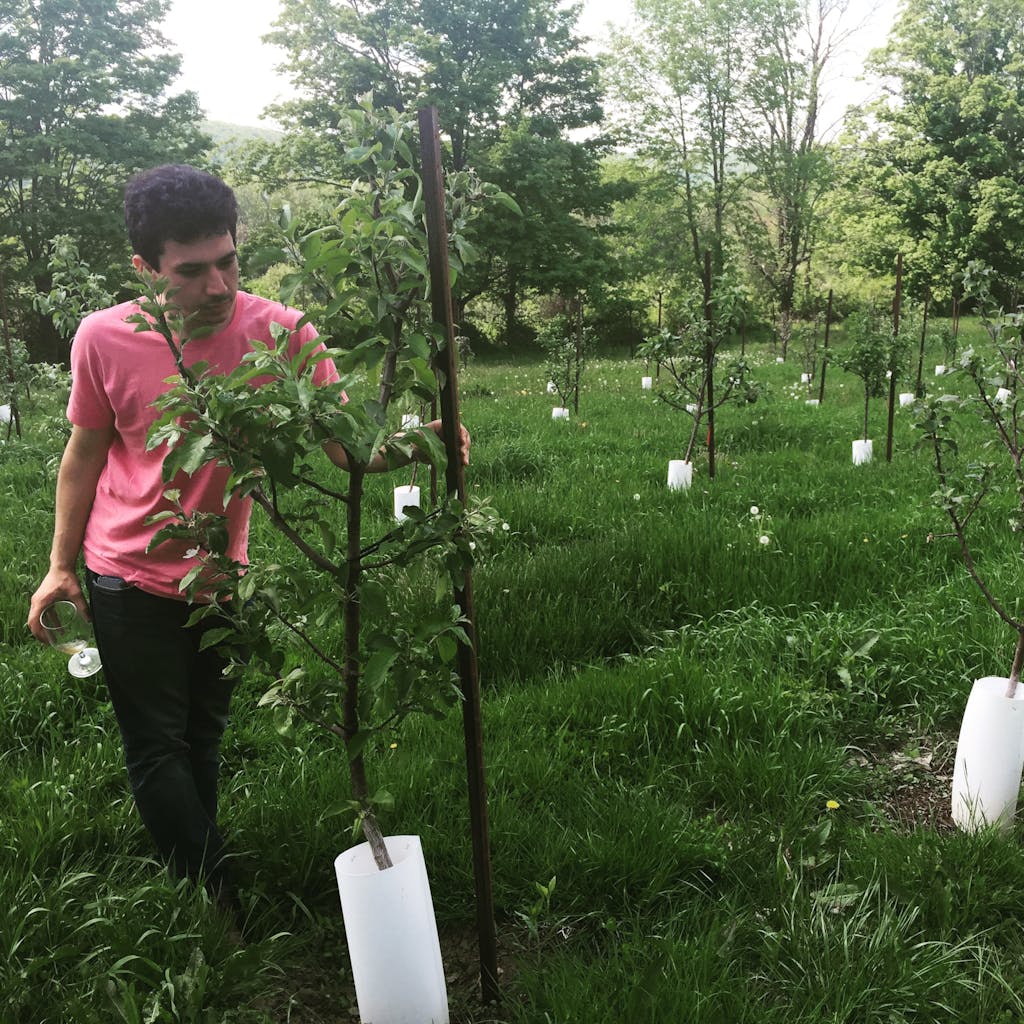 When we found out the barrel from Neversink would be made available to us at the time of our 100th batch we knew we needed to do something special with it. A stout felt like the obvious choice for a bourbon barrel but the apple character was not something we wanted to incorporate into a stout, and any nuance of brandy left in the barrel would likely be lost. Most importantly, we wanted something that would speak to what we have produced with the other 99 batches of beer produced since we began brewing in Feb 2015.

Amidst all of the different beers that we produce, certain beers generate the most internal excitement and gratification.  Beers with great depth but without any crazy ingredients. Anachronism, our grätzer is one such beer felt like the perfect beer for the project.

Brewed with oak smoked wheat, the char and vanilla notes from the bourbon barrel character accentuates the delicate notes of smoke within the beer without masking residual apple notes. The challenge was to figure out how to make a beer at some production scale while only having one barrel. The original plan was to blend the barrel back into a small batch of Anachronism to mellow the bourbon character. Upon tasting the barrel after two months, it hit all of the notes we could have hoped for. We hope you enjoy it. 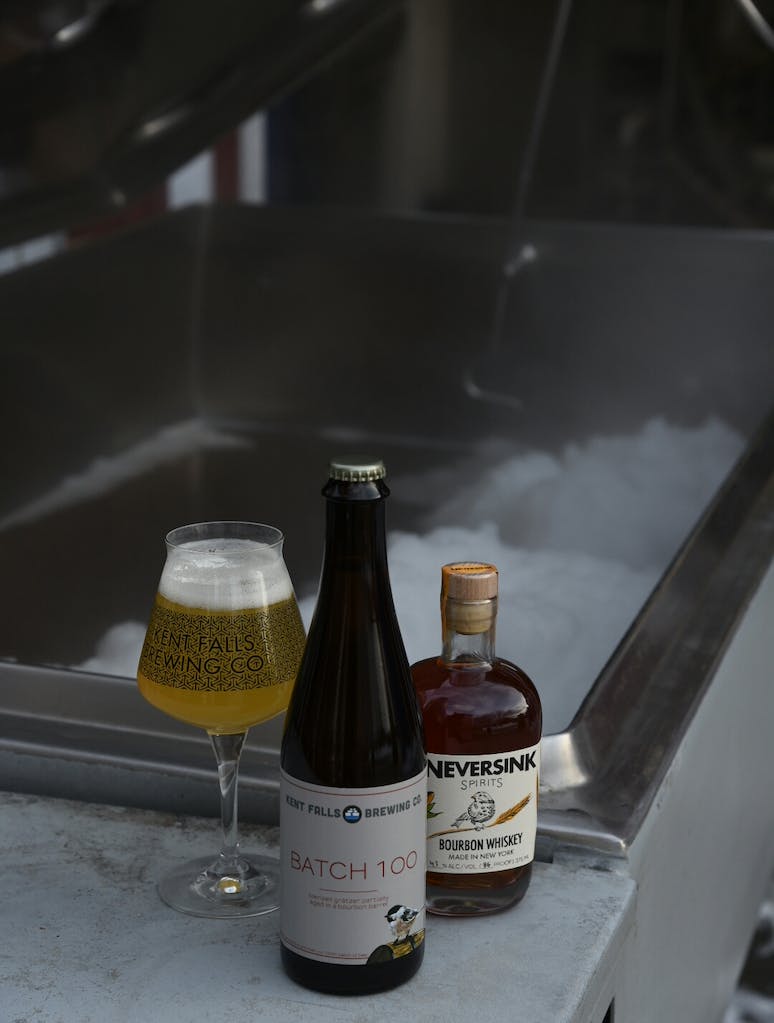