In lieu of our planned release party and the limited time we have in front of our customers these days we thought it appropriate to share the story and relationship behind this beer, and what they mean to us.

Besmoke is a smoked spelt lager, brewed with Connecticut grown and malted spelt, custom smoked for us by our dear friend Jeff from Hindsight BBQ and At The Corner.

Quite literally, Jeff has been an integral part of our routine since the day, or rather night we sold our first beer. In March of 2015, when our first batch of beer was ready we did not have a tasting room or any ability to sell directly to customers. Jeff had let us know that as soon as our beer was available, he was ready to tap it and get the word out. So on March 15, 2015 after our packaging day for our first batch of Field Beer ran well into the night, after our hourly calls updating him on our expected arrival turned into questions about whether the kitchen would still be open; the time finally came to grab a keg and hop in the car.

At 1030 on a Tuesday night in March we made it to At the Corner and found burgers fresh off the grill waiting for us at the bar and celebrated our official launch together. The conversations that began that night continue to this day, along with our weekly deliveries of fresh beer, and annual anniversary party celebrating the start of it all with a 20 tap takeover.

This year’s celebration was always supposed to be different; we would collaborate on a beer and release it as the focal point of a truly special evening. Over the past year Jeff added a new element to his existing on site sources of enjoyment; Hindsight BBQ. Watching Jeff travel to bbq classes all over the country, spend weekends in front of his pit honing his craft, and on Sundays offering rotating menus to a sold out Black Rock Tavern, we knew what direction the beer needed to take. To incorporate a custom smoked ingredient however, would need to be a winter project when the relative demand from our respective businesses would allow for the appropriate time and attention to detail we felt a project like this deserves.

As the hop yard, pastures, and wildlife around our farm enter full slumber, our small projects begin to blossom. The pollen and leaves are dusted off of our milk-chiller coolship to begin a new season of spontaneously fermented beers, and the plans for the upcoming seasons on the farm are designed. The first night of the year spent around the coolship is always a memorable one. Early in the morning it is all hands on deck in the brewery and in the early hours of the evening as the coolship fills with heady white foam and steaming hot wort we share bottles whose contents originated from similar days in years’ past. This year’s inaugural coolship brew day will surely stand out. Jeff brought his smoke down to the farm and the smoked malt trials began. Over applewood coals and well seasoned oak Jeff took 50 pounds of spelt malt from Thrall Family Malt and experimented with different procedures as the brewing process winded down. Providing his finest smoked renditions of our farm’s pasture raised proteins as dinner didn’t hurt either.

That weekend, once the smoked malts had cured a bit, Rob and Jeff brewed a small batch of beer at home to see what flavors the smoked malts would impart. With the results at hand, a final recipe for our lager could be dialed in and executed.

Jeff and his right hand man Spencer would came down to the farm for the brew day and everybody chipped in as we smoothly began the process of chaperoning 150 pounds of Jeff’s smoked malts into the beer that is now ready for your enjoyment.

While the way in which Besmoke is being released is surely not what we imagined, the finished product is precisely where intended it to be. It’s crispy, lightly smoked, has a nuttiness from the spelt to it that beautifully rounds it out and continually calls for your attention as you finish your glass.

And when the few kegs of Besmoke that we’re squirreling away are finally tapped At The Corner, you better believe we will be celebrating a whole lot more than our 5th Anniversary together!

Besmoke is available for purchase online at store.kentfallsbrewing.com and barn-side pickup at the brewery Tues-Sat 330-5pm. 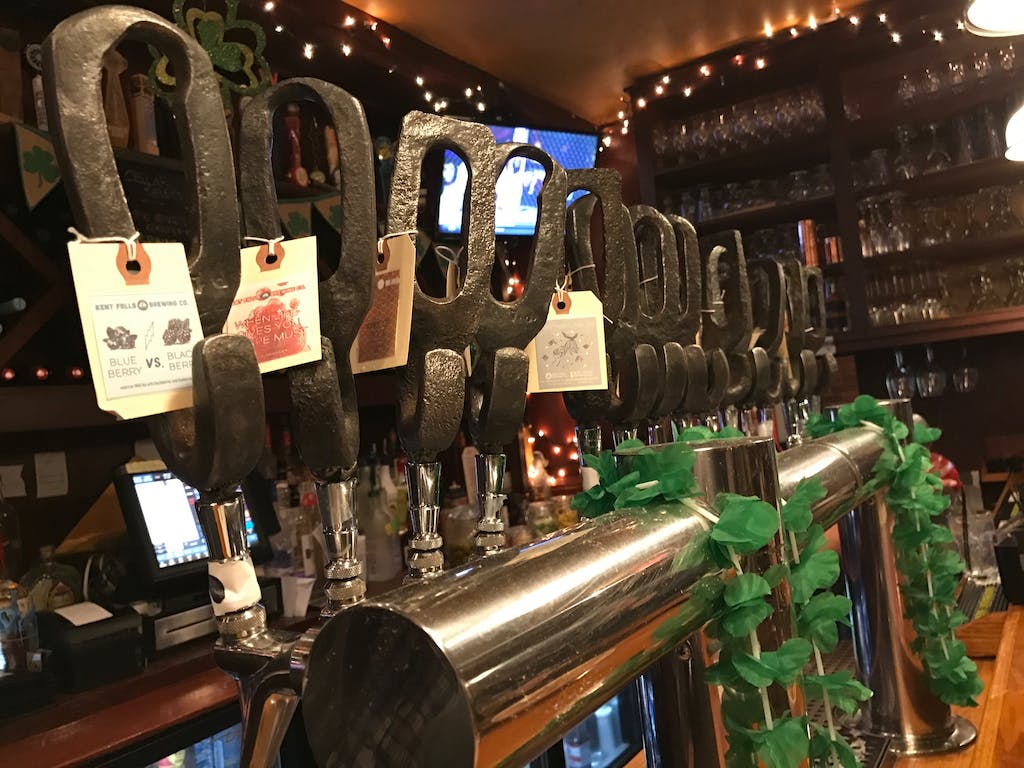 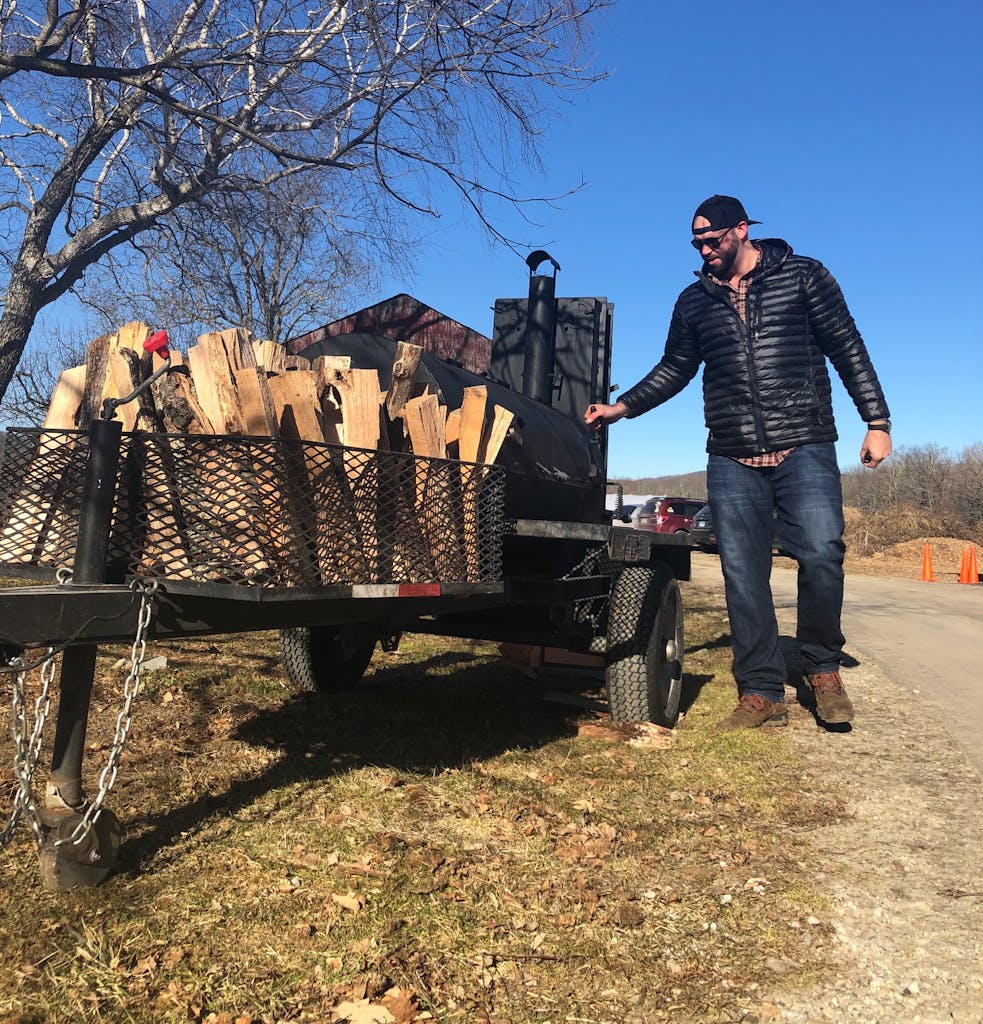 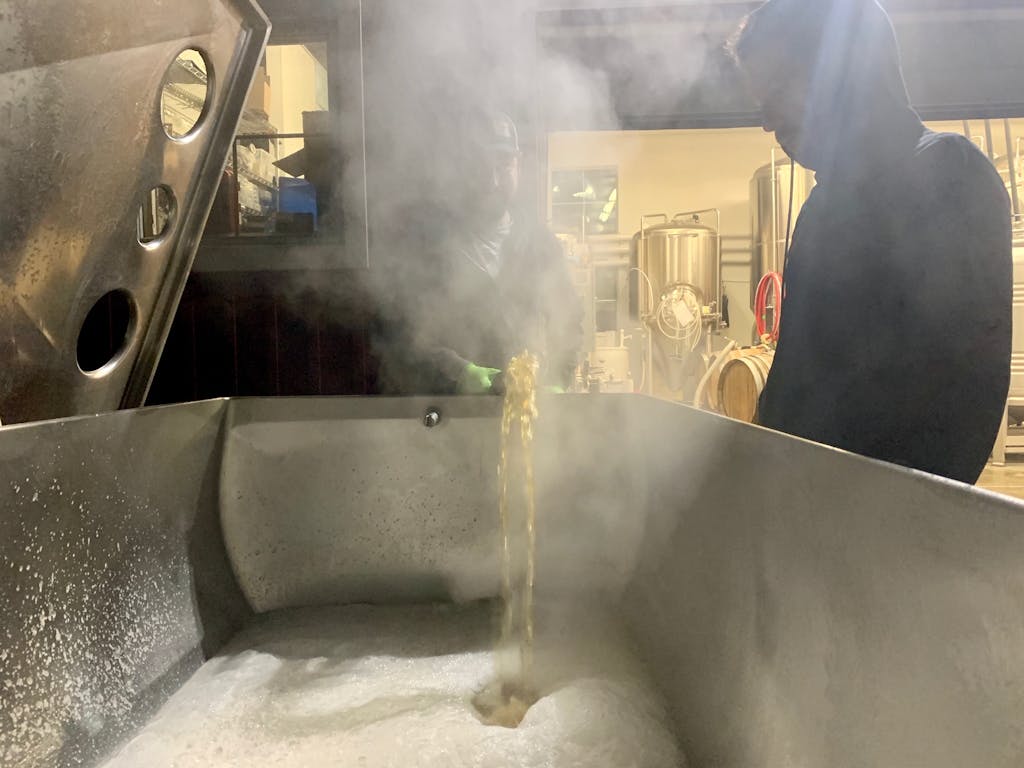 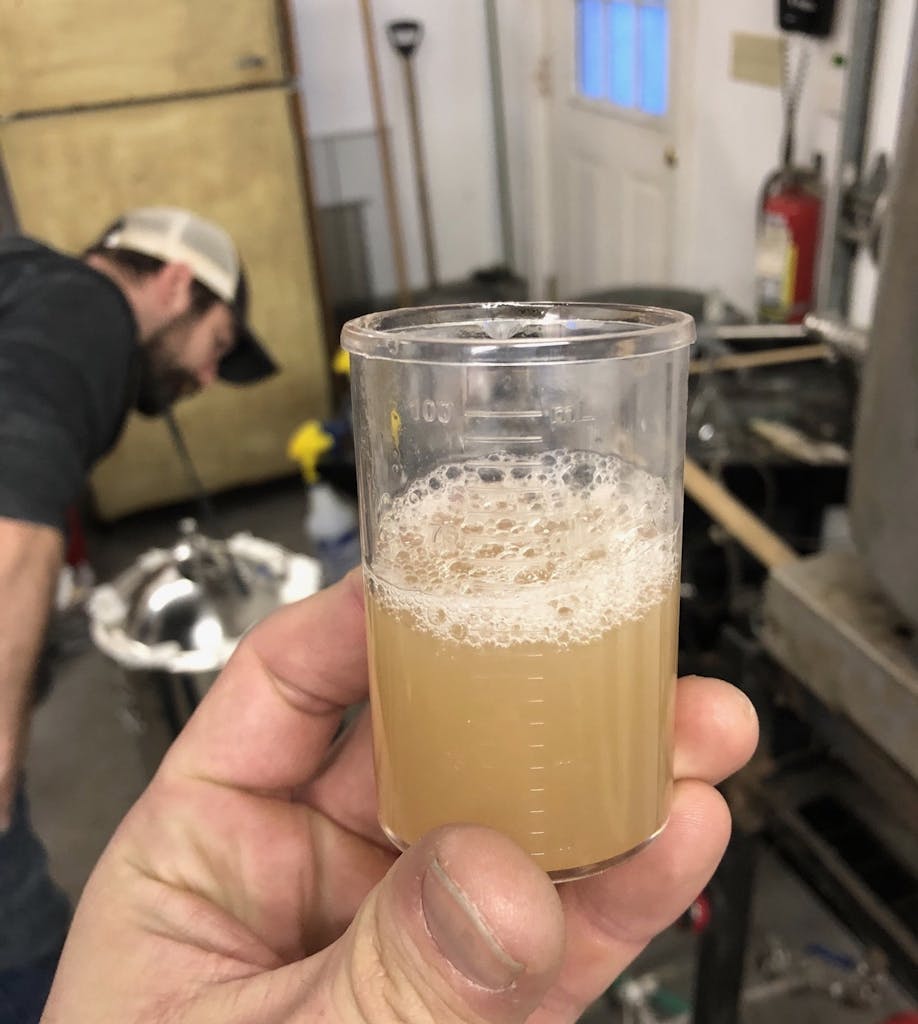 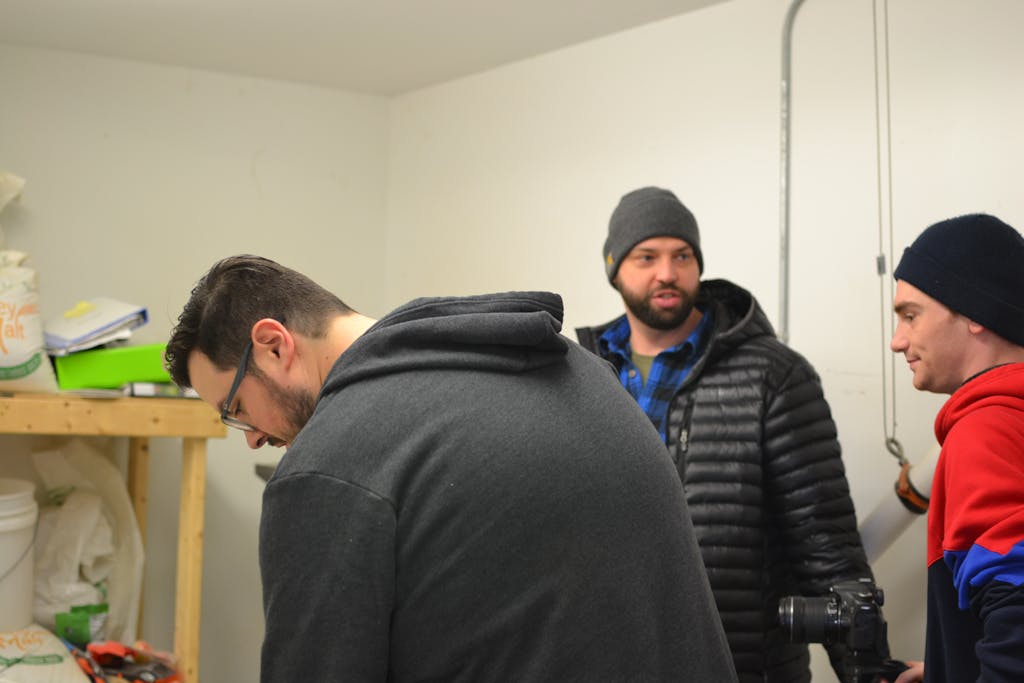 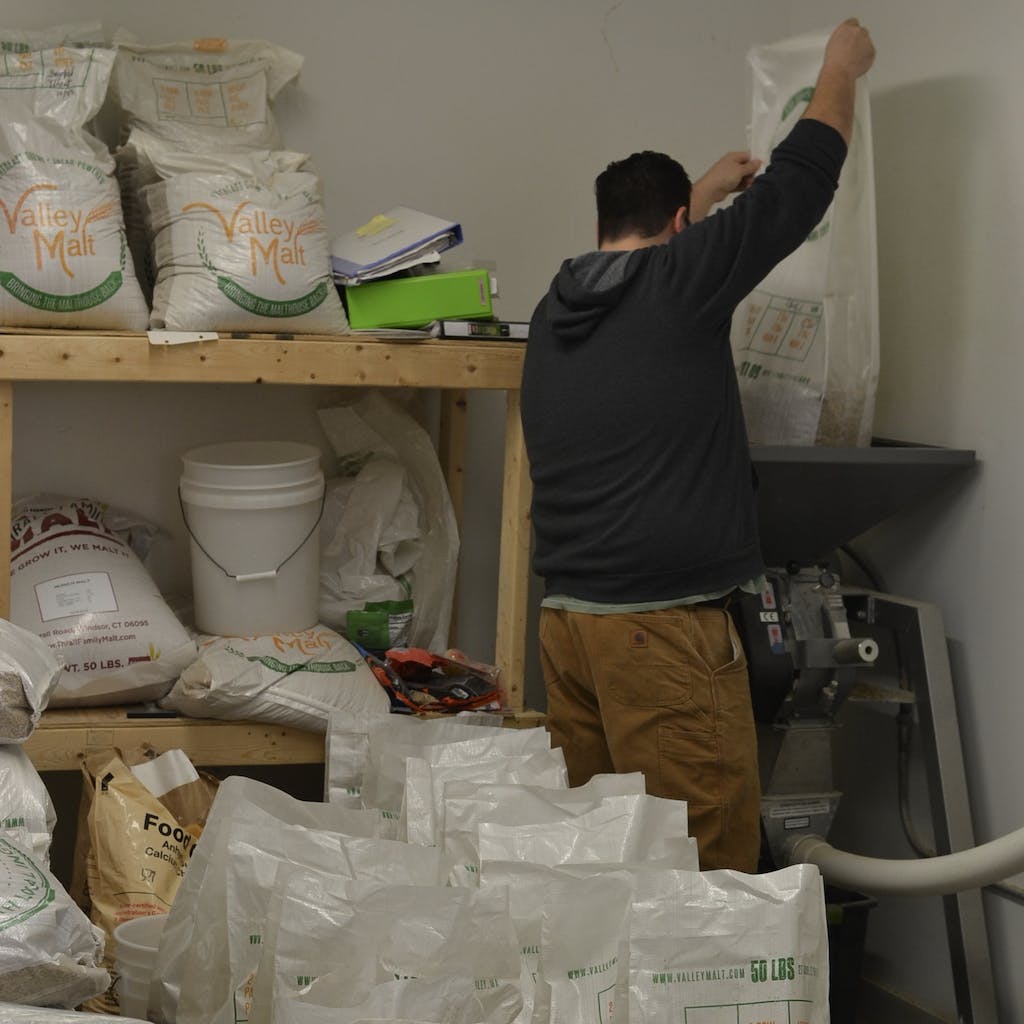 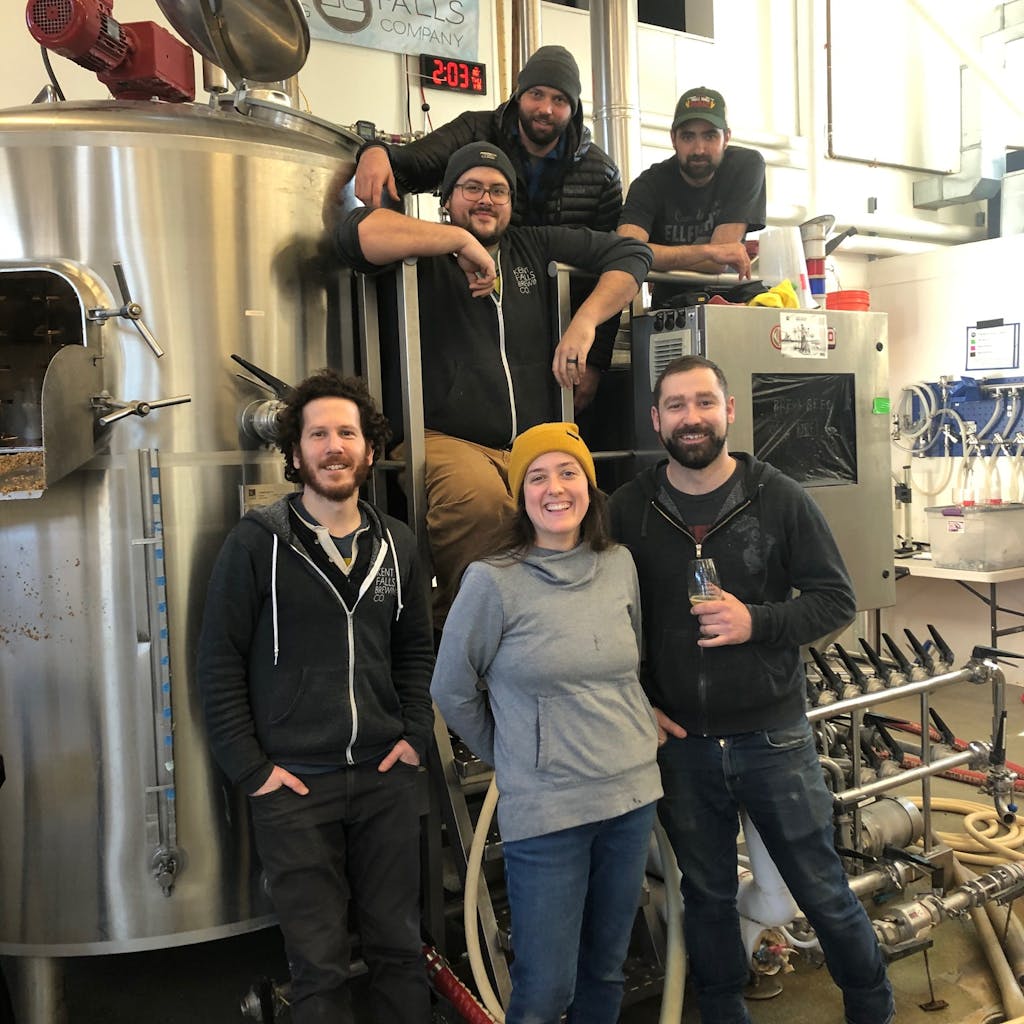