It’s taken some time, but our first barrel aged-fruited beer is finally ready for release!  Because we have such a limited quantity of this beer and others like it to come we are going to be selling it exclusively at our farm stand at the New Milford Farmers Market Saturdays, on the green in New Milford from 9am – Noon.  This Saturday, November 7 will be our first release

A 5.4% abv barrel aged farmhouse ale with aged in barrel with locally grown grapefruit juice and zest added.  And an incredible story behind the fruit that went into it.

I first met Peter Talbot nearly three years ago when searching for architects to help convert our farm’s old dairy barn into our farm’s new brewery.  Peter shared some of his personal and professional work history with us, both of which were very impressive.  Eager to get started, the idea of a 100% locally sourced grapefruit farmhouse ale was one to hold onto.

Two years later, with the brewery built and our barrel program underway it was time to reach back out to Peter and learn more about the grapefruit.  And the timing was impeccable.  Who knew mid April was grapefruit season in Litchfield County.  Peter invited us to his home where the tree resides in his greenhouse to show us around, tell us its history, and pick some 40 grapefruit to incorporate into this beer. 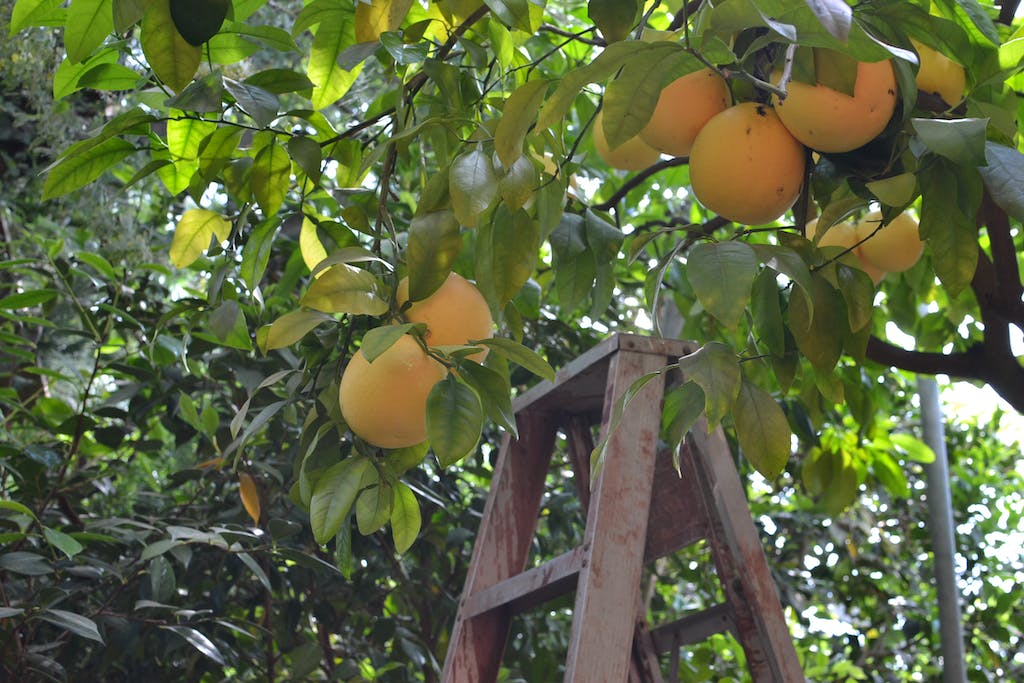 About 70 years ago while living in New York City, I imagine as he was having breakfast, Peter’s father William decided to take a seed from his grapefruit and plant it.  Now, if you’ve ever tried to plant something from seed, you know what this experience can be like.  A delicate and uncertain process to say the least. If you’ve ever tried to grow citrus on a NYC balcony…. well… not even sure what to say but we like your attitude!

In the 1950s, Peter’s father purchased an old horse farm in Washington, CT to transform into a family home, art studio, and greenhouse space for his growing grapefruit tree.  While showing us around the house, Peter often spoke of “Dad”, with a remarkable sense of continuity, preservation and admiration; keeping him a part of what happens on his land today.  Not to mention a genuine desire to share their work with others deep enough to make you feel as if you are a part of the family, or a new branch on the grapefruit tree.

The undeniable living history to the house is inescapable. Peter’s childhood bedroom and others, originally a horse stall and converted by his father is available to be rented out for weekend getaways, by those visiting the area. Over time, Peter and his wife have renovated the greenhouse to increase its energy efficiency and ability to produce a variety of citrus fruit.  Radiantly heated soil, changing the original glass paneling on the roof, among some of the more intricate details.  In the studio, you can see the raw materials his father used to make his sculptures dispersed among finished and unfinished sculptures used to create; them alongside a pottery wheel his son now uses to create his own pieces of art.

From what Peter has shared with us he often donates a good portion of the fruit from his tree to those in the area to carry on the legacy his parents planted.  One particularly delicious example was the Grapefruit Mimosa named after Peter’s mother made by the chefs at Community Table, a restaurant for which Peter was lead design.

To be welcomed into Peter’s (green)house and given the opportunity to incorporate his family’s grapefruit into a beer is beyond exciting and something we are very proud of.  A desire to grow citrus in the Northwest Connecticut is certainly unique.  It may not be something our farm will look to take on; but understanding the difficult decisions and challenges that come along with following a desire to uproot yourself from the city to pursue your passions in a place and manner that allows and encourages them is certainly something we share with Peter and I would like to think his father.  And hope comes through in this beer. 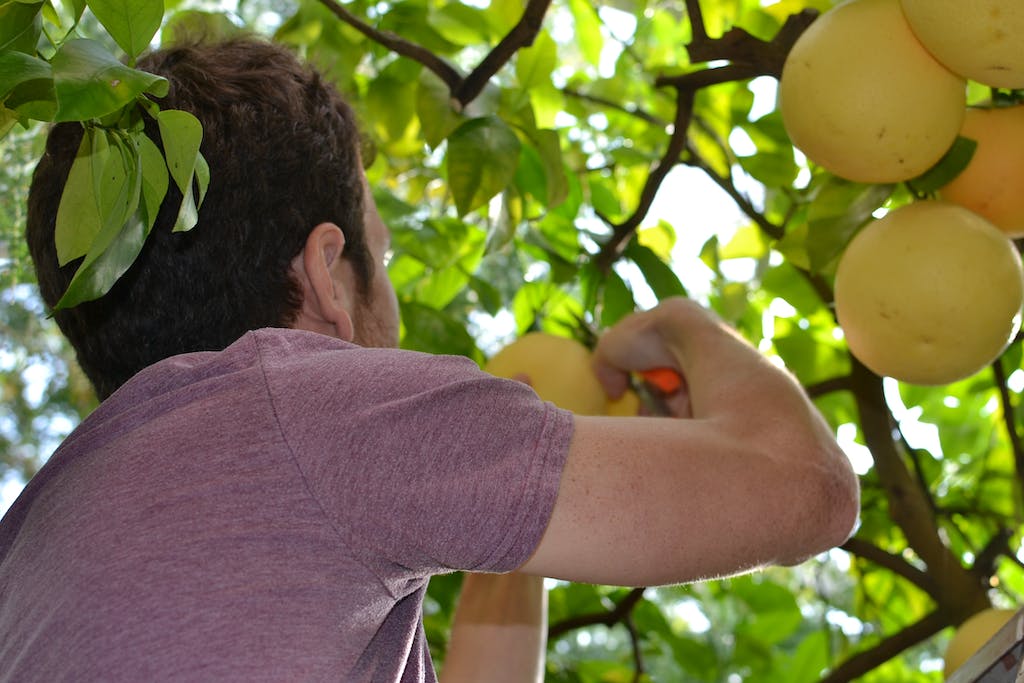 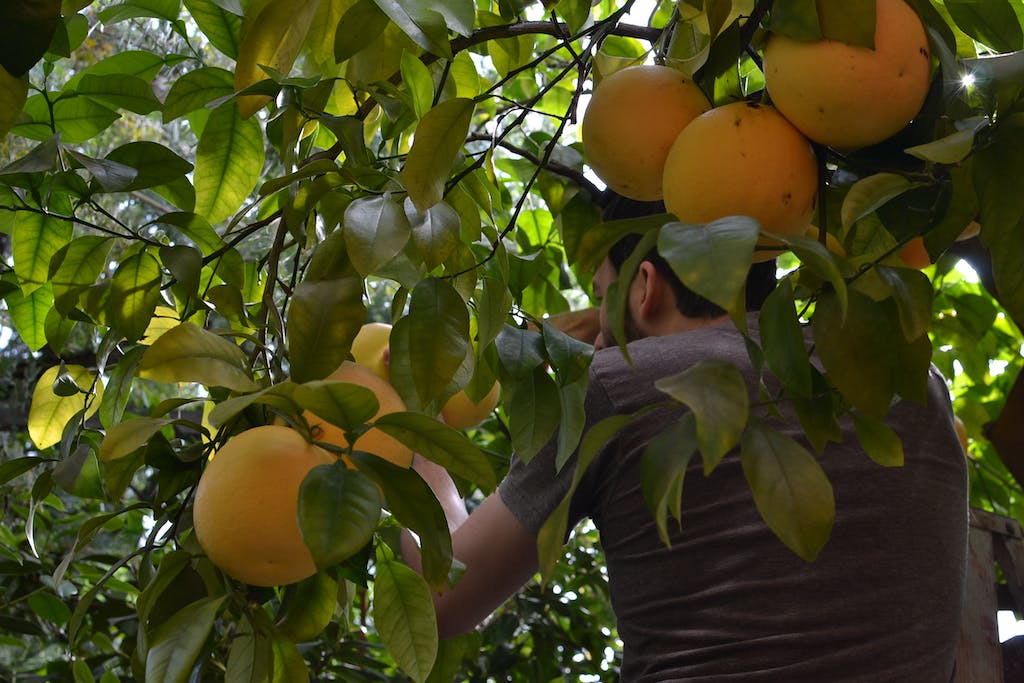 At the end of the day, Peter cut up a freshly picked so we could taste what we would be working with.  The first thing we noticed as the beautiful, thick white rind on each fruit.  Soft enough to the point it almost melted in your mouth, it adds a wonderful complexity and balance to the distinct white grapefruit and its juice.  With only 40 grapefruit, it was certain we would be doing a small batch.  The only decision would be which barrels to add the zest and the juice into.

From the get go our goal was to have the grapefruit character be noticeable but not the only flavor present.  Similarly, we did not want a sour beer to overpower it and not have it come through at all.  The fruit was added into a barrel containing a non-soured farmhouse ale and allowed to age.  Four months later, after sampling at various points over that time we had achieved the flavors we desired.

This beer has grapefruit on the nose, funk at the front, and a soft rind finish that we are eager to finally share with you!

So forget lemons.  When Life Gives Your Grapefruits… make beer. 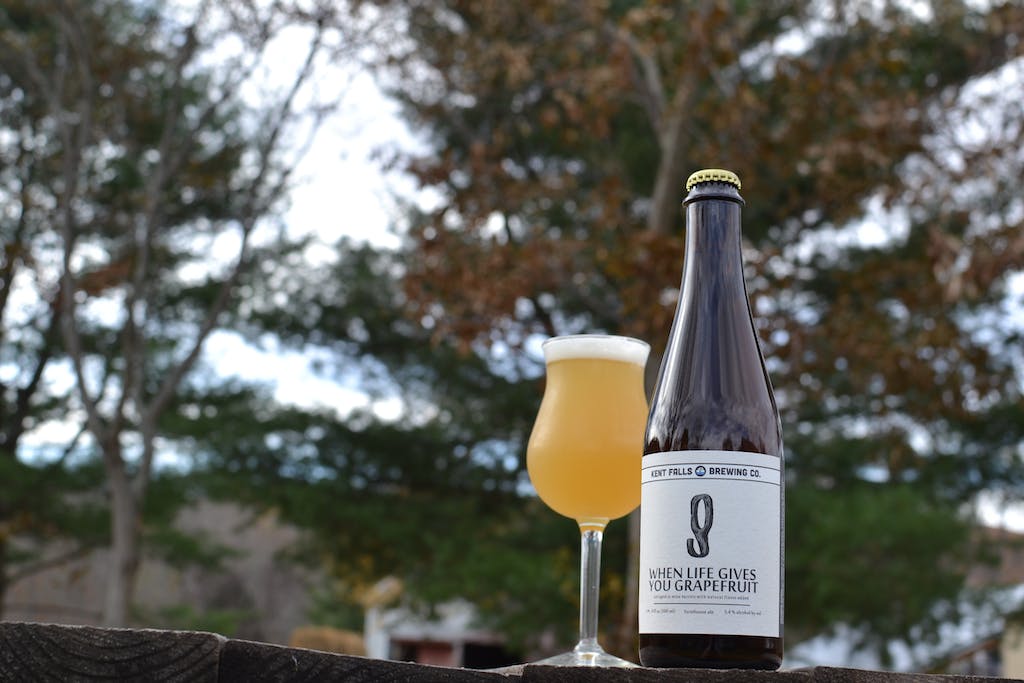 Hope to see you at the market.