Derek recently wrote a great piece on his blog about barrel aging techniques and the process behind making this beer; so we’re going to keep this short and to the point.  We’re insanely excited about the finished product, and to be releasing it this Saturday at the New Milford Farmers Market.

We used over 200 lb of peaches from March Farm, a fourth generation operation in Bethlehem, Ct in the making of this beer. (they’ve got a great pick your own if you want to make your own peach sour… or just have delicious peaches).  By the time the peaches arrived, the beer had been resting in oak barrels for 6 months.  Prior to combining them in our plastic fruit aging tank, each peach was scored so the liquid could find it’s way to the pit gaining access to as many sugars from the fruit as it could handle.  As a side note, peaches may be more readily available than locally grown grapefruit, but they’re just as much work!

And it paid off.  The result is incredible.  Here’s a before and after. 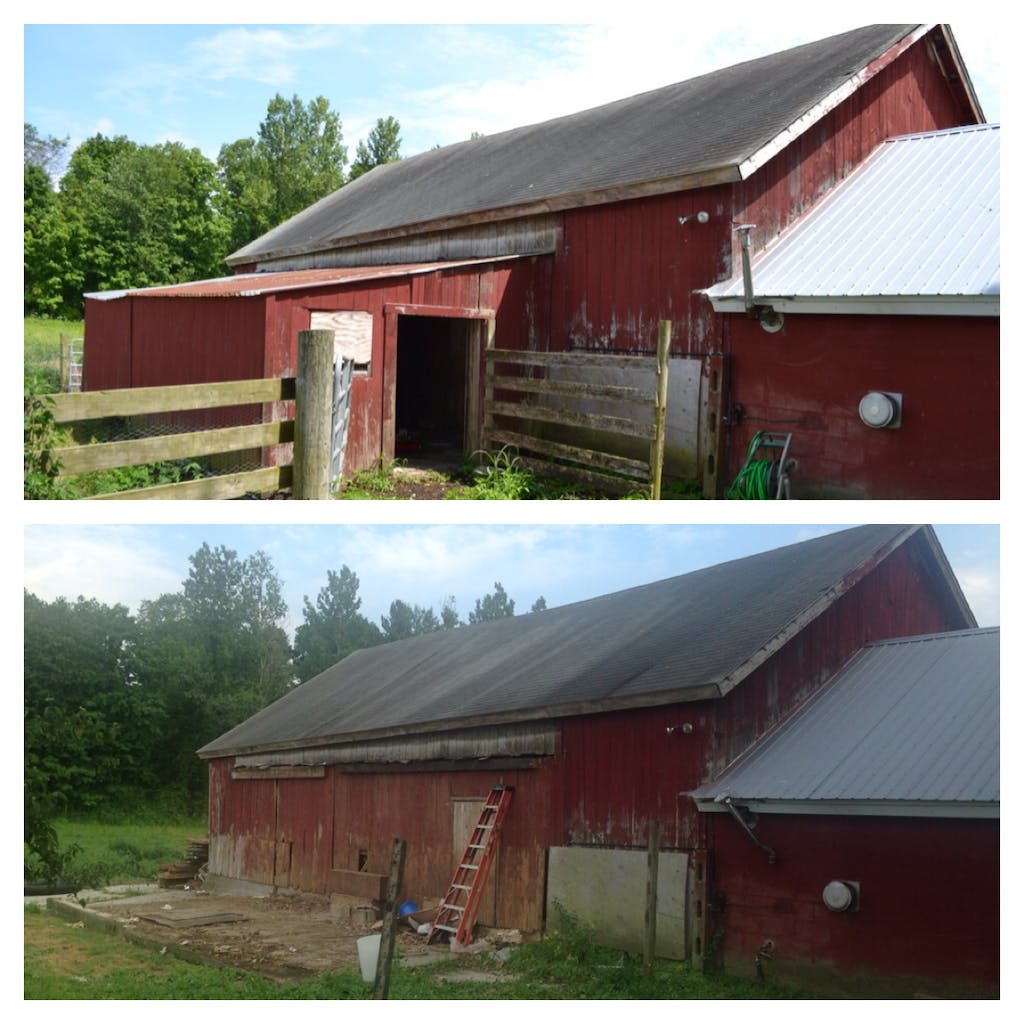 Don’t be scared off, that’s a pellicle.  And it’s your friend when making sour beer (not to mention it stays behind when bottling).  In fact, we’re so happy with the results form the process, the wild bugs that came along with using whole peaches that we have already put them back to work in multiple souring projects.  But for now, let’s stick with the announcement at hand.  The result is sublime – big aromas, vanilla and oak notes from the barrel, and a sourness that perfectly complements the fresh peach character. 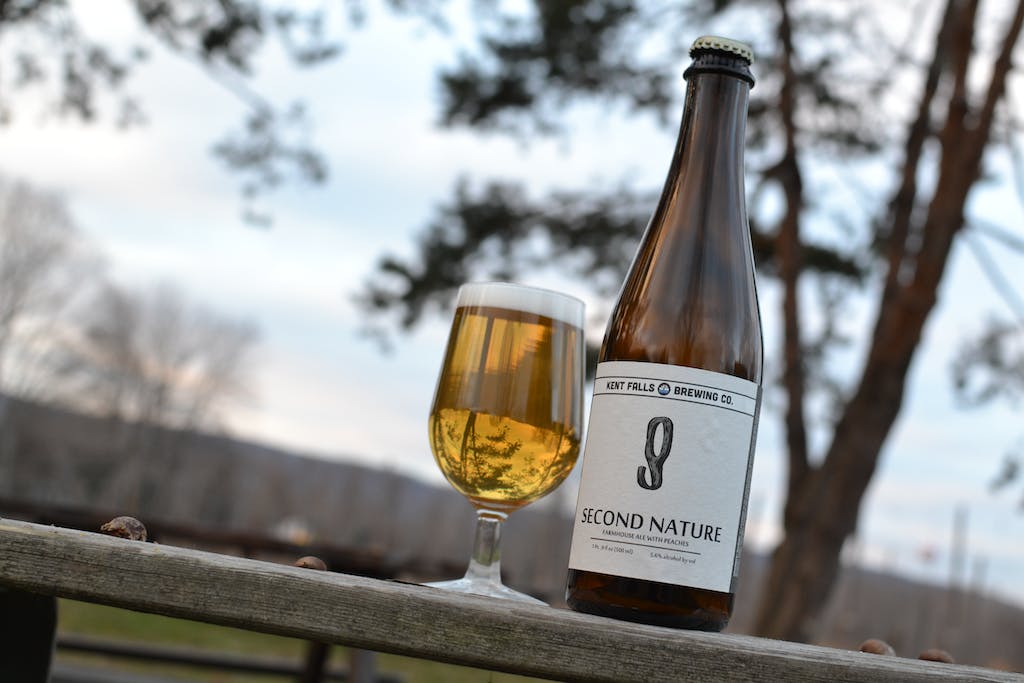 This Saturday, the farmers market will be in its new winter location at the New Milford Public School (next to the CVS on 202) at 50 East Street.  If the beer release was not enough of a draw, Cato Corner Farm (!!!) will be there, and the school cafeteria will be open making breakfast sandwiches featuring local bread, eggs, bacon and then some…