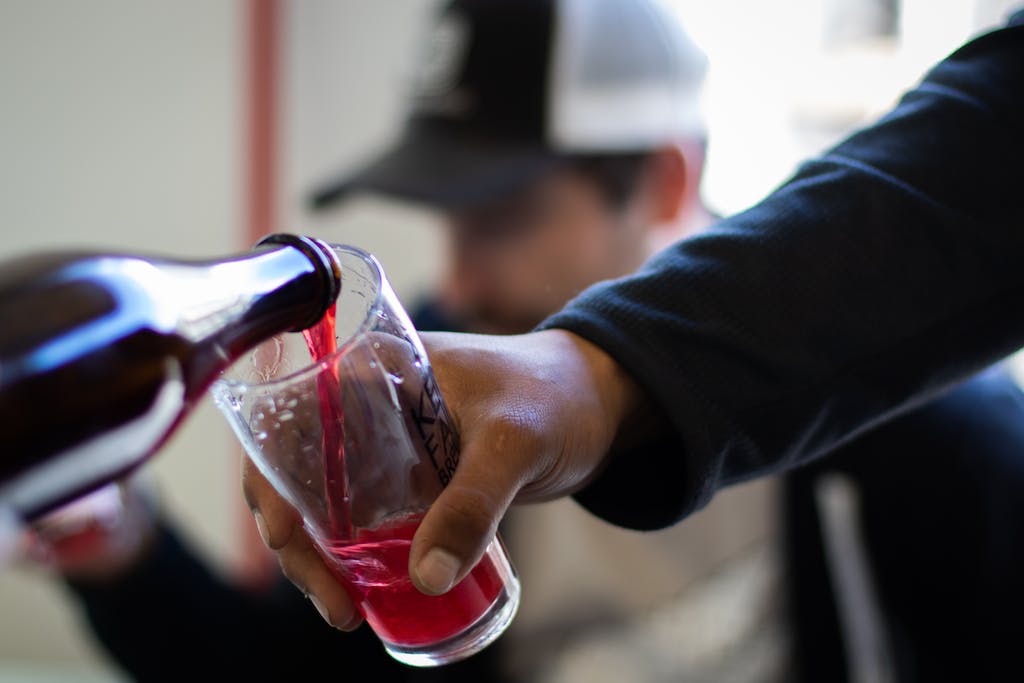 On Thursday May 23 we will release the first bottles of Second Nature.

The blend for the base of this beer are farmhouse ales brewed with emmer and buckwheat, both fermented in stainless steel with house cultures and then transferred into wine barrels for maturation. Once the cherries were harvested we transferred approximately 5 barrels of beer back into stainless on top of 400 lb of English Morellos.

Within days, as the yeast began to chew through the fruit’s sugars the beer turned a striking magenta color. After six months of conditioning the beer was transferred and filtered for bottling. Each bottle is conditioned with honey from our friends at Beavertide farm in Falls Village, Connecticut.

Deep cherry flavors act as a wine and cherry pie dressing to a well structured base of barrel aged farmhouse ales.

500 ml bottles will be made available Memorial Day weekend.

Hope to see you at the brewery this weekend.