Sometimes things are so big that you want to hold out as long as possible to share the news and make a grand reveal. Also, there are so many things that need to fall in place in order to meet the expected timelines that making an announcement before it’s officially ready is just too nerve racking. Today, it feels as if these two emotions are crossing paths, so we might as well come out and say it… After a short photo essay.

In August 2011, there was no Kent Falls Brewing. Just a retired dairy farm with a vacant barn.

And a bunch of noobs looking to do something crazy with it. 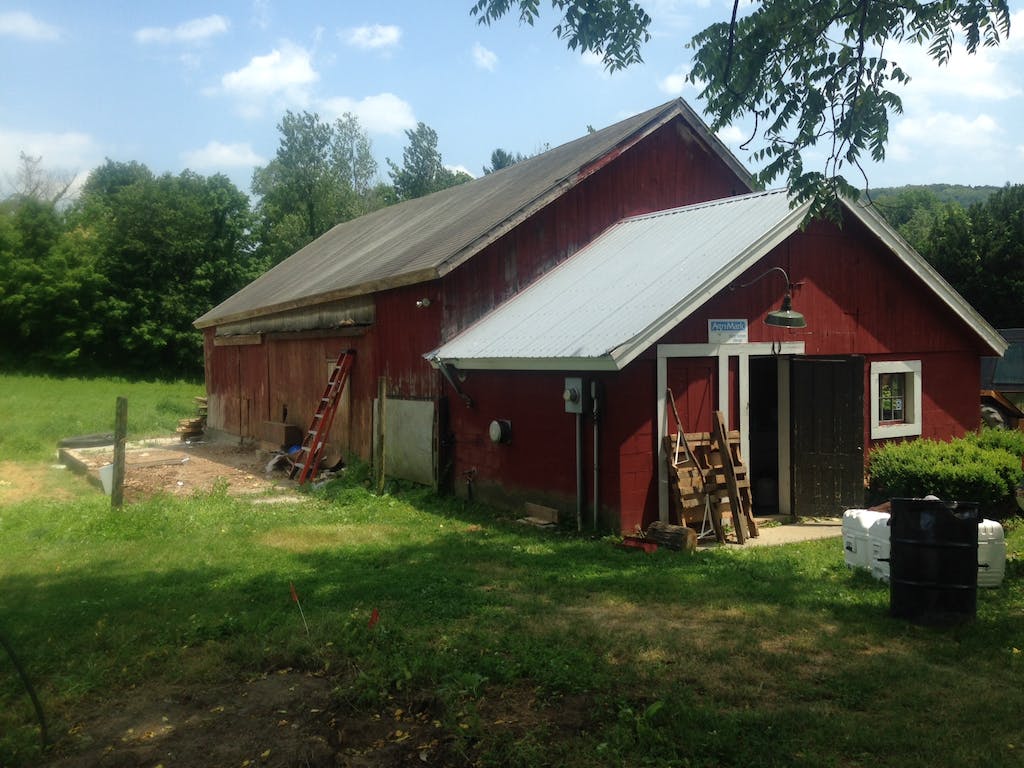 In 2013, we received our zoning approval.

In 2014, we began construction on our brewery. 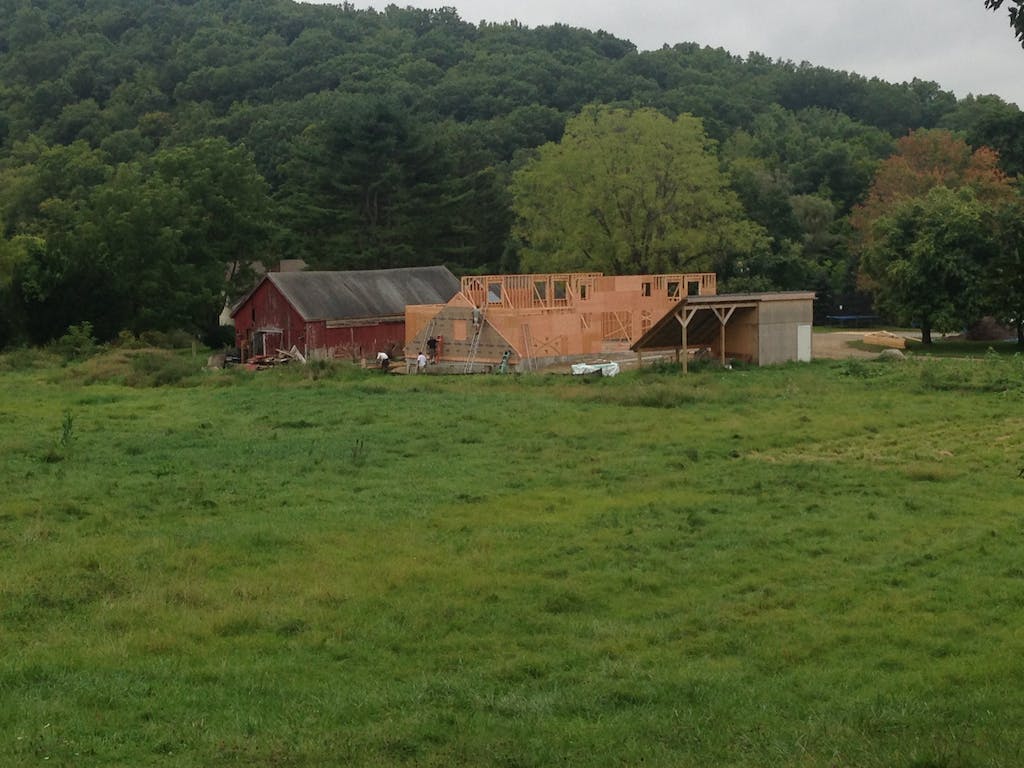 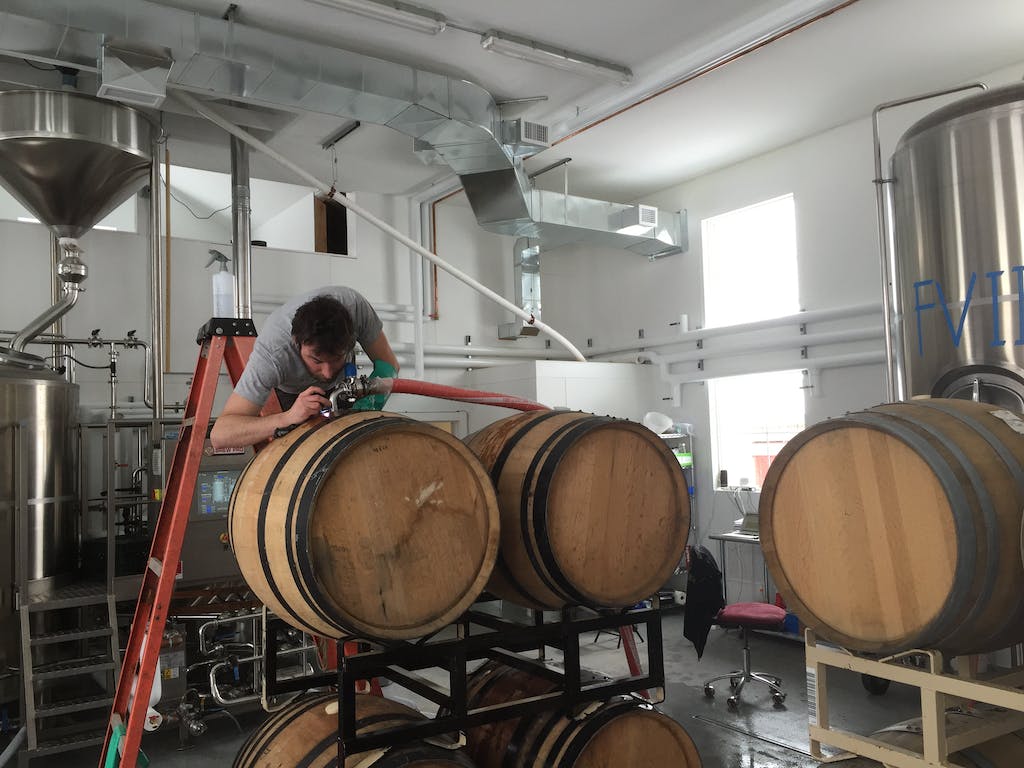 In May 2015 the State allowed beer to be sold at farmers markets. And we began having an outlet for small batch releases alongside the best chicken in the state. 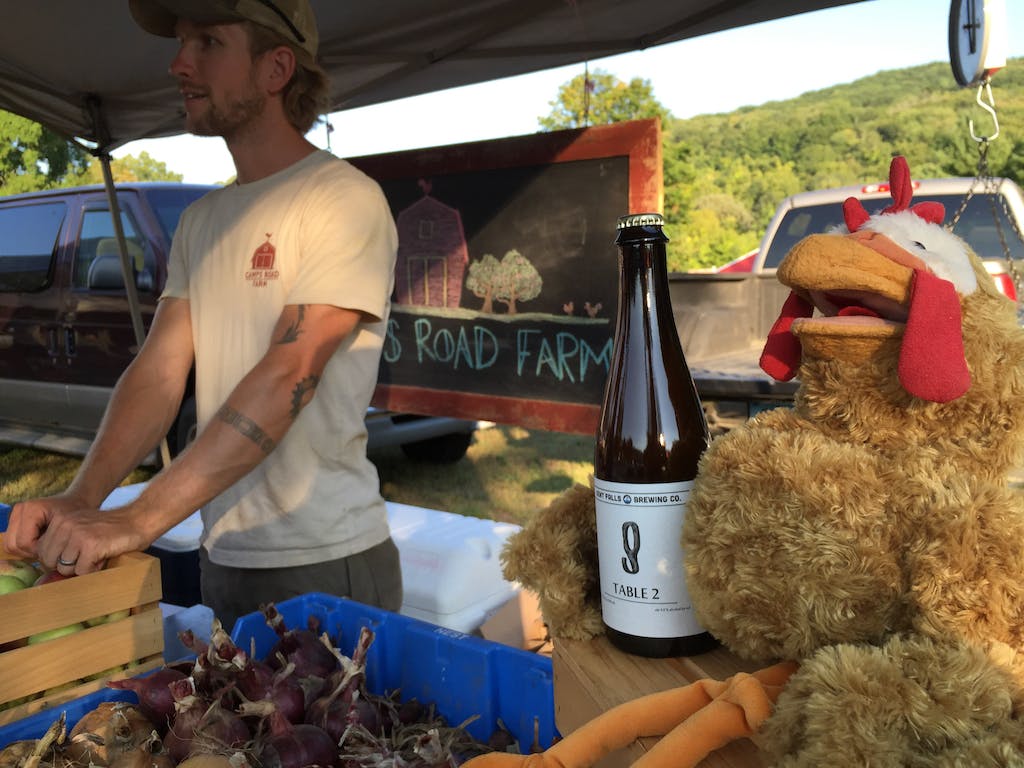 Early Spring 2016 we started work to open the brewery to the public. 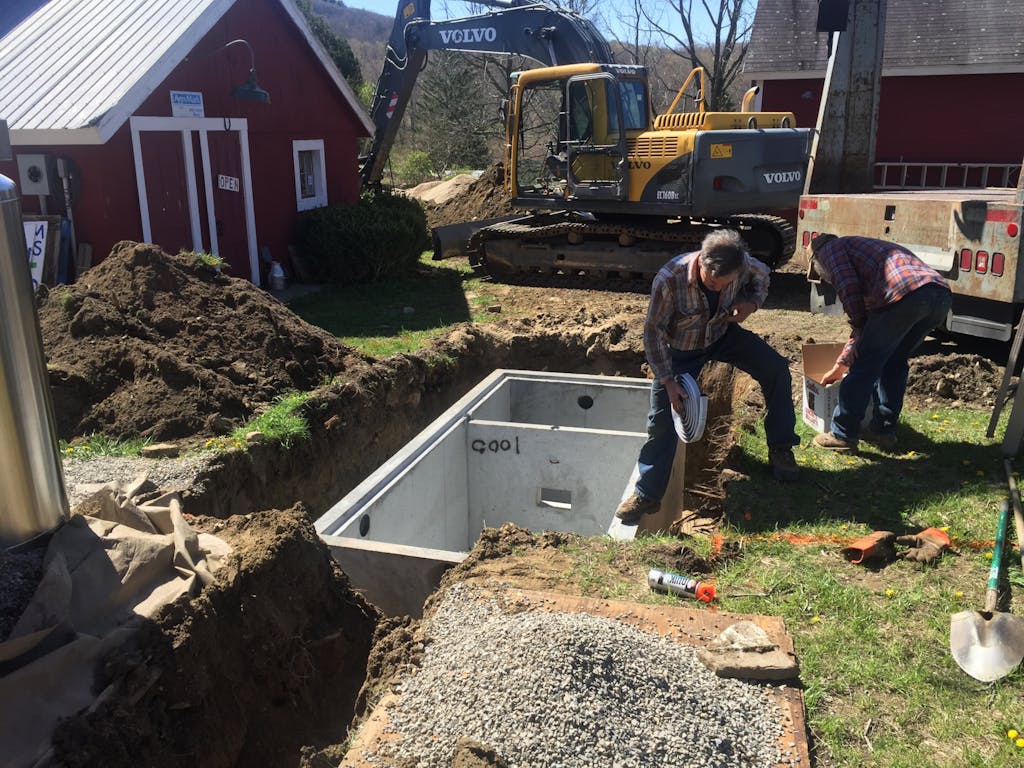 And simultaneously began redoing the roof of the old barn to support a solar pv array. 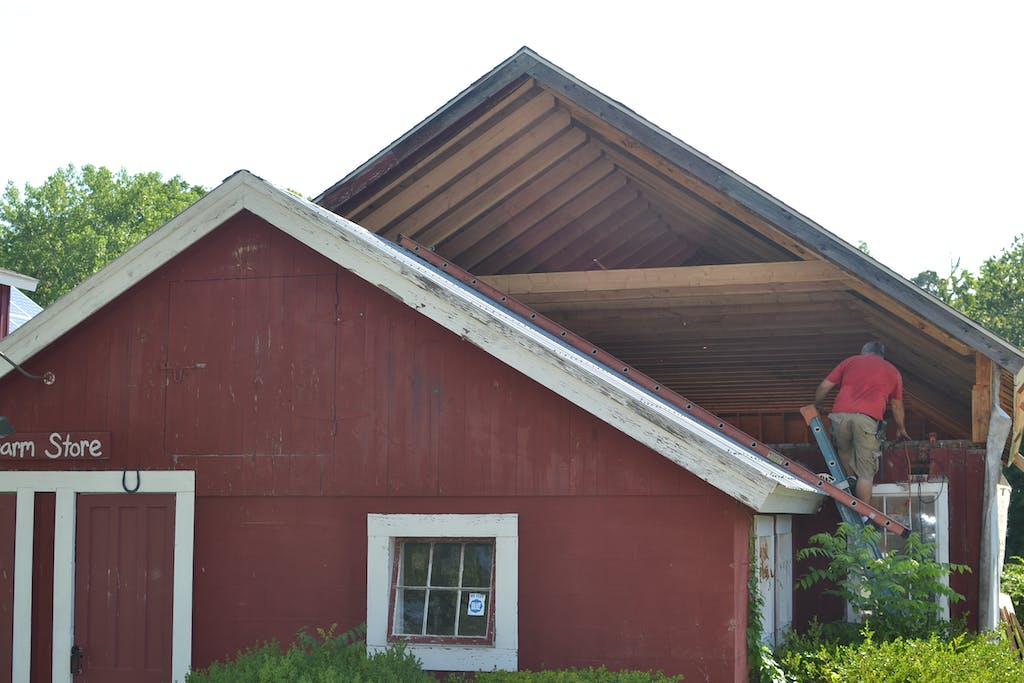 And of course needed to redo the walls as well. Cause why wouldn’t we have to. 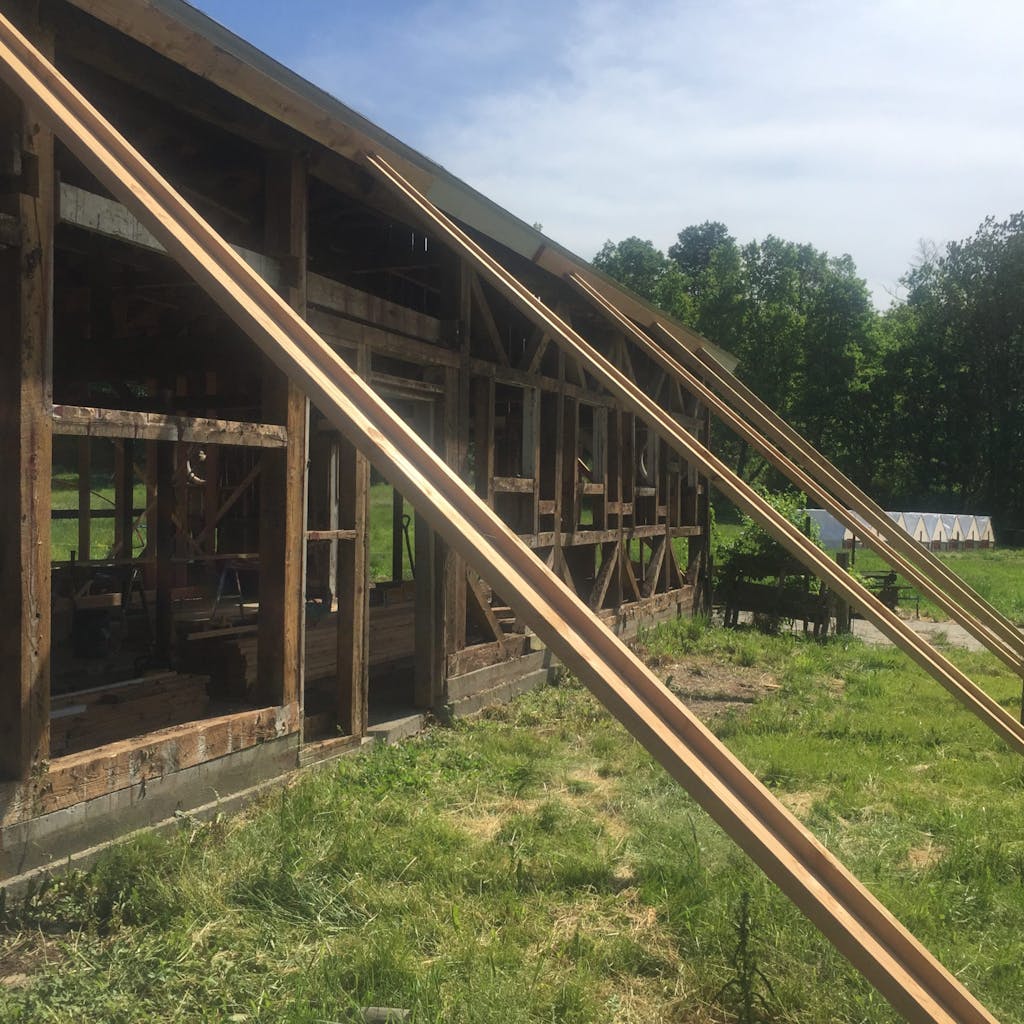 Then came the inside. 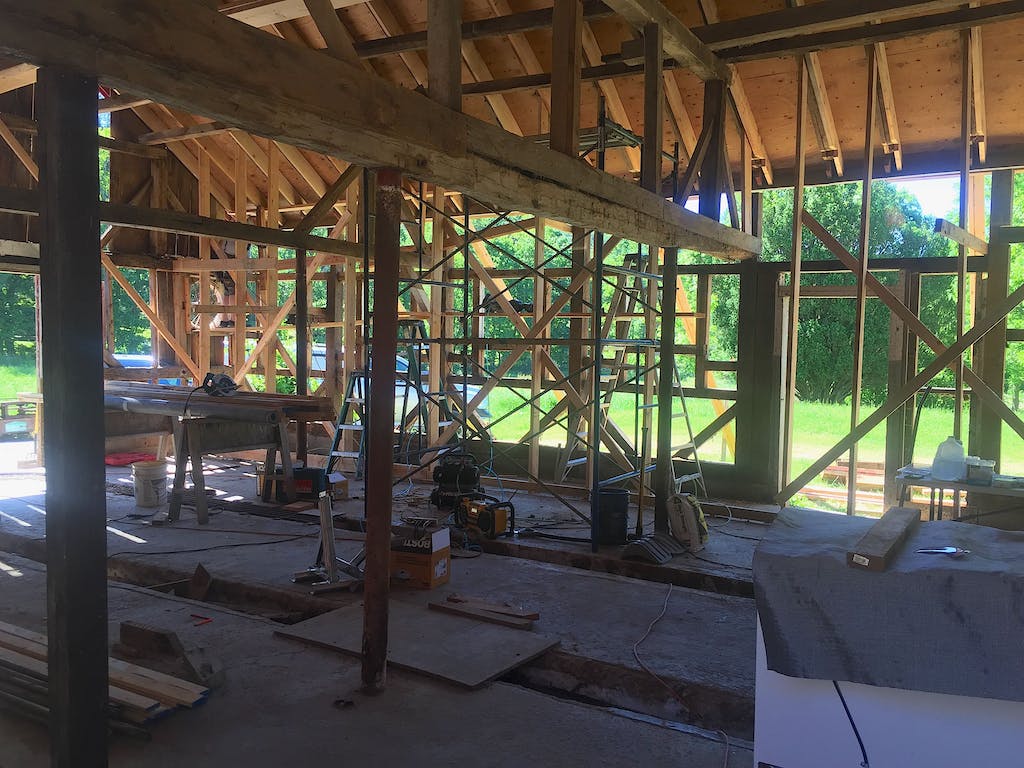 In June 2016, after months of intense construction, we finally opened our doors. And started working on our apologies for not being able to pour samples. 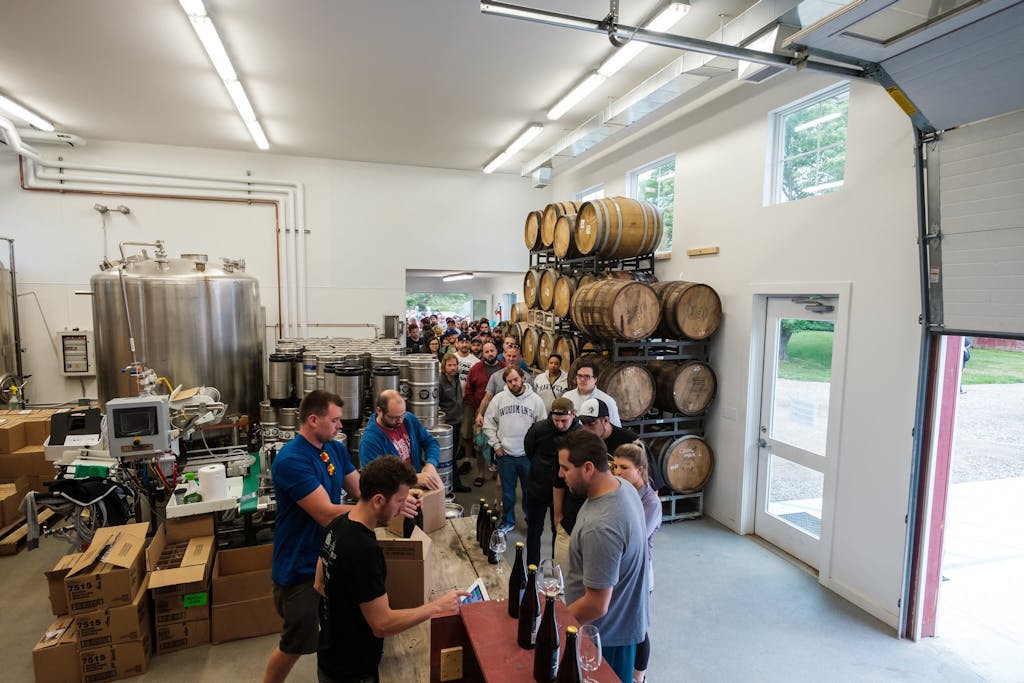 After a while. It became clear we should have a staff holiday party in the barn. Oh, and be “perfect” for our barrel barn tasting room. 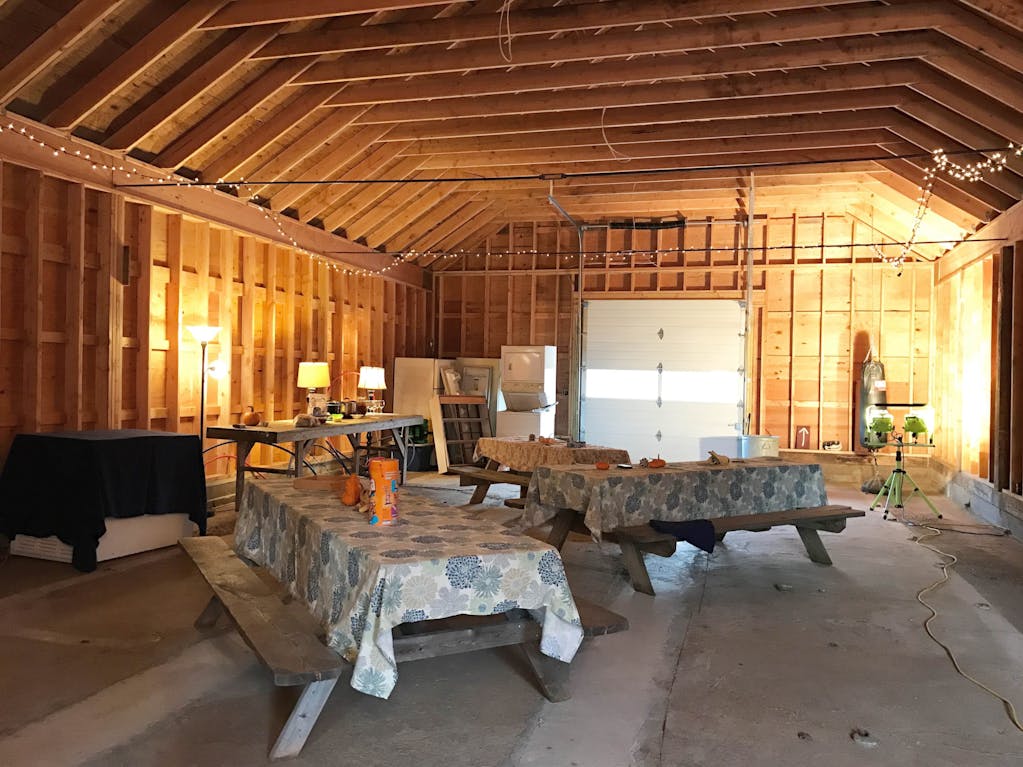 This week we have made huge progress. We’ve installed a handicap parking space and walkway to the brewery. 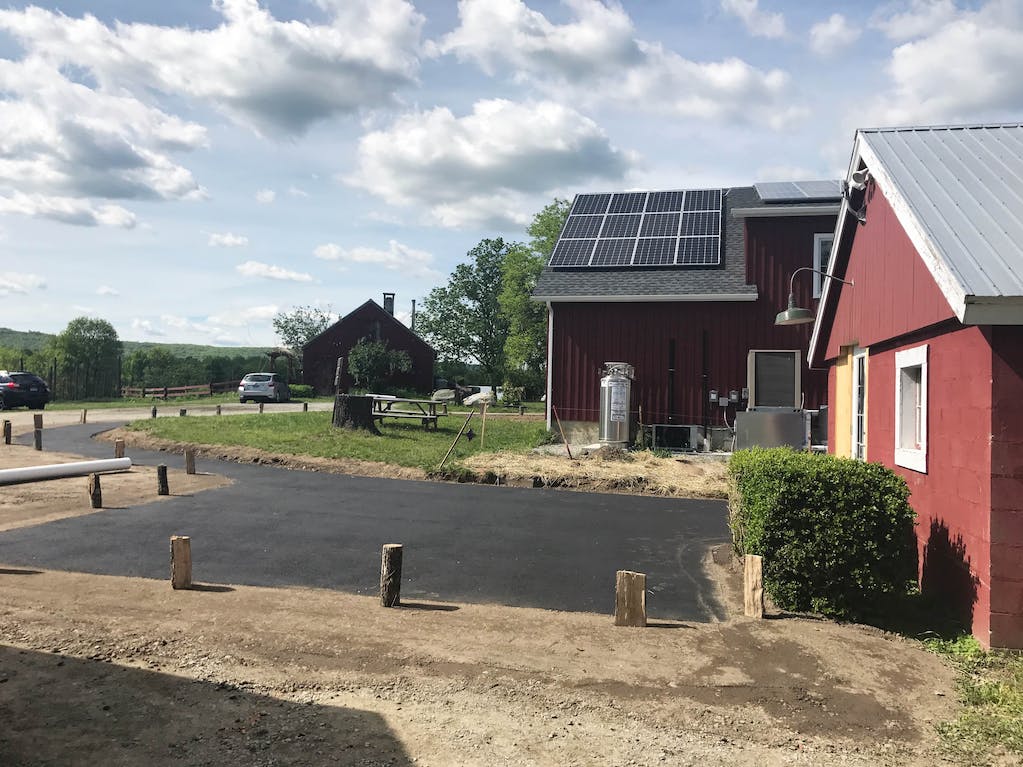 And finished our bar. 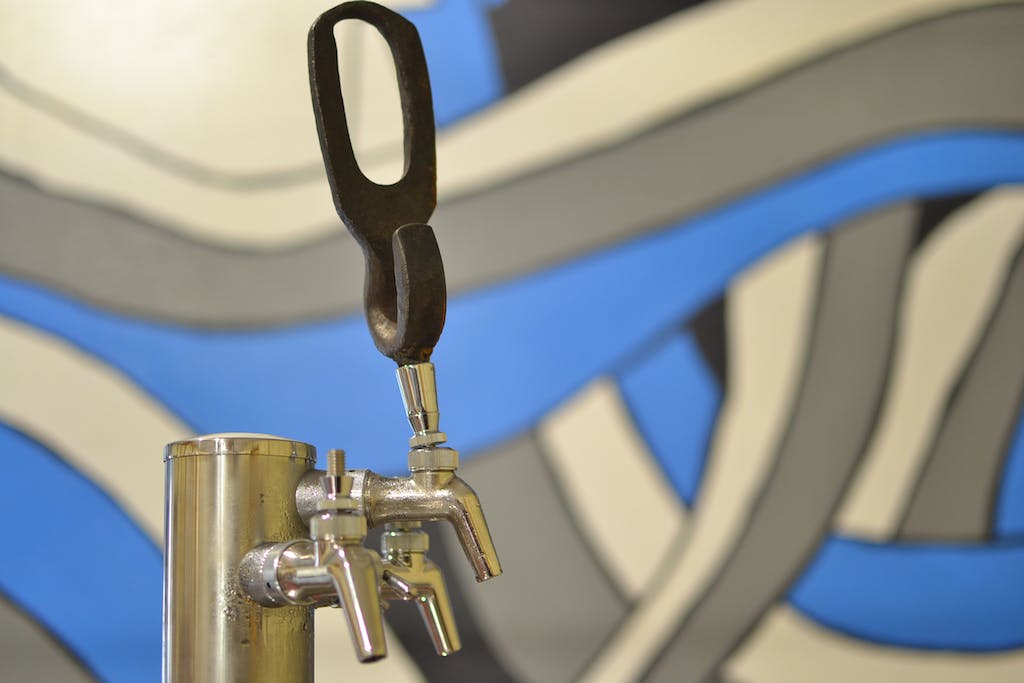 Only the finishing touches remain.

And on June 10. Exactly one day shy of a year after our last “grand opening” we will open the doors to a dedicated tasting room.

And finally be able to pour beer for our visitors in an environment we feel appropriate for our beer, and experience we aim to offer.

It has been an incredibly long path to get to this point and we could not be more excited to open our doors… and our taps for you. While we are finally done with permitting requirements and massive construction projects around the farm; each day, week, and season that goes by we remain as committed as ever to enriching the experience for our visitors. Our brewery is not only on our farm, but is a piece of our home. And we hope you feel a part of it whenever you are here.

So mark your calendars and prepare yourself for the next chapters of Kent Falls Brewing; they’re only getting better.