Most of our IPA releases will be one off batches, showcasing individual and blends of different hop varieties but this beer is particularly special. 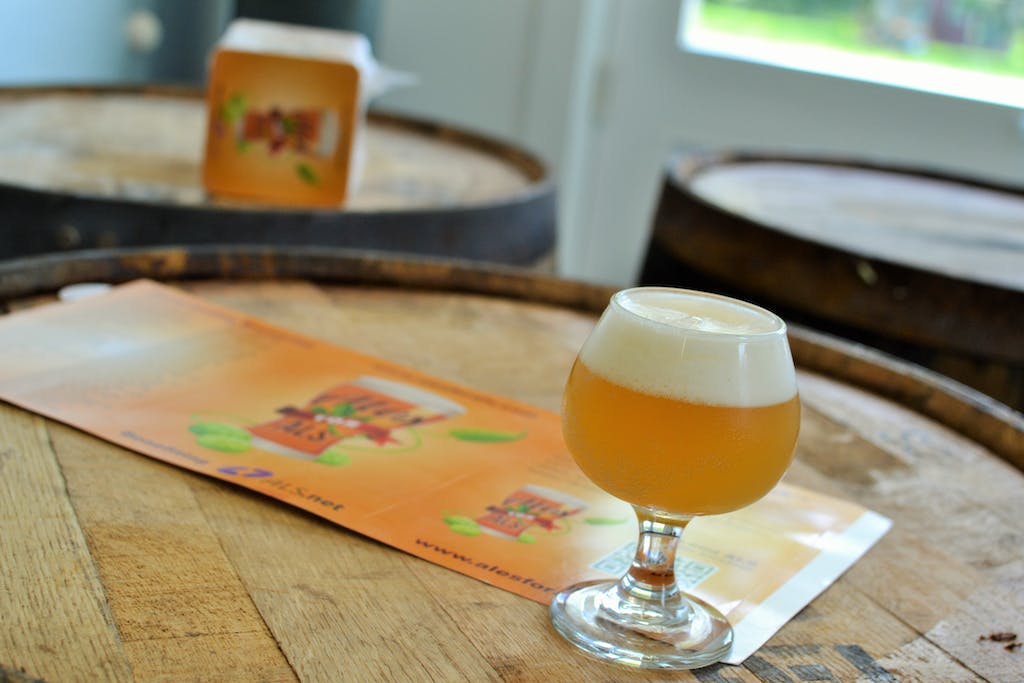 About two months ago, I was contacted by an old friend who’s father was diagnosed with ALS (Lou Gehrig’s Disease) almost five years ago.  Since that time, he and his family have become dedicated advocates for his father, and others afflicted with this debilitating disease.  Last year, when the Ice Bucket Challenge was taking over the internet, people shook it off as a glorified meme (is that the right internet term?!).  I’d be bending the truth if I said, at first I did not feel the same way.  Raising money is important.  But is no easy task.  Raising awareness, and doing so in a manner that gets people involved in a way that is “fun” might be the best way to do it.  After all, the Ice Bucket Challenge raised over $100 million.

So to join the fight, we’re pitching in the best way we know how – by making beer!  Ales for ALS is a partnership between HopUnion (one of the nations largest hop suppliers) and ALS.net, an organization raising awareness and funds for drug research and discovery.  Each year, a propriety hop blend is created for this program and distributed to participating brewers.  In return, the brewers pledge to donate $1 per pint produced.

After completing the necessary forms to participate in this great program, there was a bit of silence… and then… one day, a mysterious package from HopUnion made it’s way into our cold room while the brewery staff was out at an event.  Puzzled, we opened it up like a kid on Christmas.  THE HOPS! 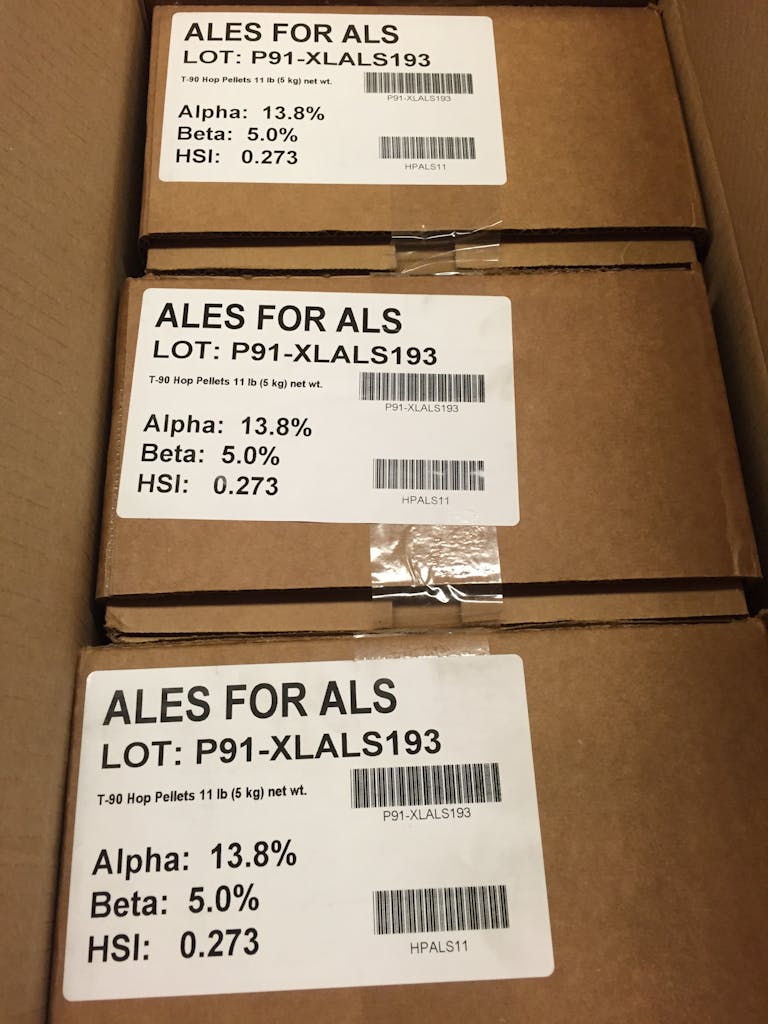 Several people from the bars and restaurants we work with have reached out to us and shared a story of how they have been personally affected by this disease.  Connecting outside of our beer with those we work with makes our participation in this amazing program all the more personal and meaningful.

So while everyone loves a special batch of beer, this one is truly something else.  This year’s blend of hops has us extremely excited.  Five experimental hop varieties.  Equinox (it’s a serious palate mind game) and Mosaic – two of the most sought after and hard to get hops on the market.  And a good cause.

By producing a 10 bbl batch, we will donate over $2,500 to the program, and are asking all of our participating bars/restaurants and those of you reading this to make a donation of your own.  It doesn’t matter how big or small the donation is – we want to continue spreading the word.  Here are a few websites where you can do so.

Charley’s Angels Walk for ALS donation page (my friend’s personal page, a thank you for his reminder about this program).

Here is a list of the locations set to receive kegs of our Ales for ALS IPA.

The Half Door, Hartford