Looking back on the events of the past week, there was one theme that stood out as a common thread both literally and figuratively.  Between construction of the brewery, co-sponsoring a beer event at Kingsley Tavern, and raising money for a good cause; everything seem to revolve around foundations. On Monday and Tuesday, construction focused on setting the frames for the foundation’s footings.  Thursday morning the concrete company rolled through with a few of their trucks and poured roughly 20 yards of concrete into the forms to create the first actual pieces of what will be the farm’s brewery. 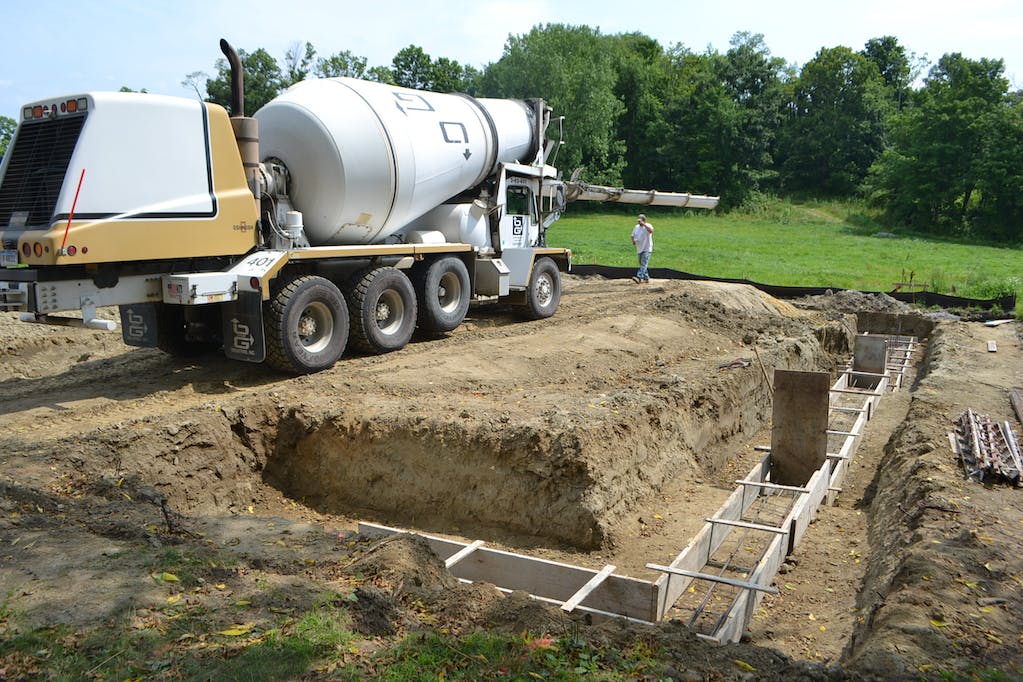 At each construction milestone, the same feeling of exuberance and excitement rushes through my bones… even such small things as the transformation from chunky gobs of concrete pouring from the truck’s chute to smoothly manicured footings lying sturdily beneath the ground gives greater motivation to continue doing the extra work that goes into making something special. 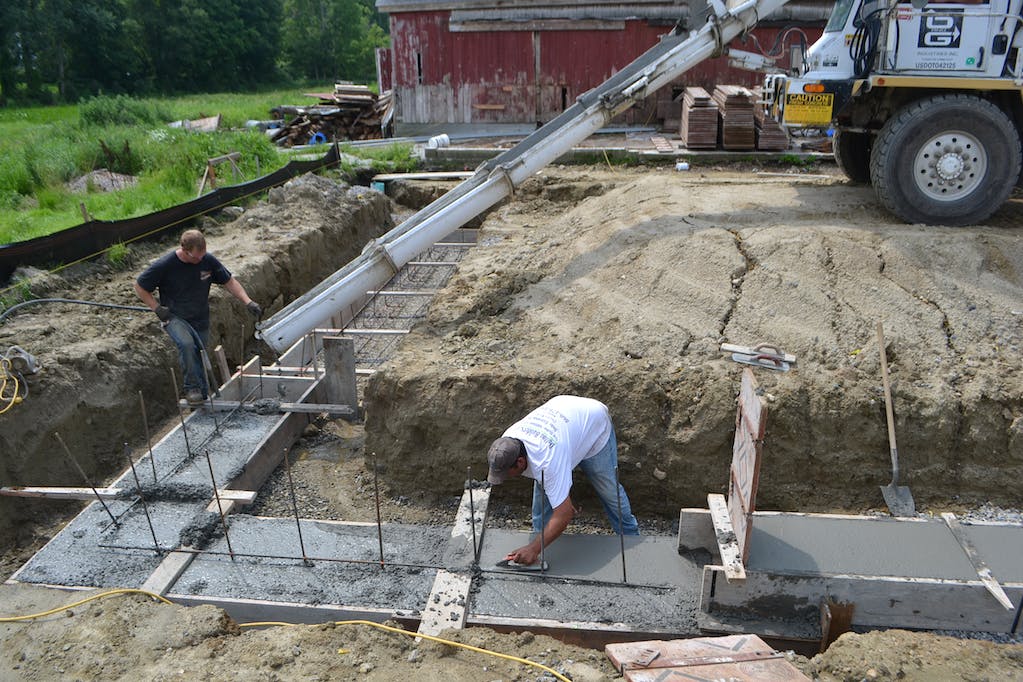 Coincidentally, later that evening Todd Ruggere would be bringing his CT Pour Tour  (UPDATE – now USA POUR TOUR!) to town in order to raise money for Smillow Cancer Hospital at Yale-New Haven.  Todd is traveling to every town in the state and having a beer to raise awareness for the cause, and rally people to come to the event and donate.  When the opportunity came to co-host our town’s event with Kingsley Tavern, we wanted to make sure we put together something special.  Unfortunately, with the brewery under construction and our state licenses pending it would not be possible to pour Kent Falls beer.  We DO however, have a hop yard that is doing particularly well, and would allow us to impart fresh hop flavors to a CT beer if we could find the right equipment. I called upon a friend, and fellow brewery owner Bill Collins of Firefly Brewing Co to see if he could help out.  Without hesitation, Bill came through and provided not only a keg of their Brown Coat Ale but brought along a Blichmann Hop Rocket to infuse the beer with freshly picked Chinook and Northern Brewer hops from our yard. 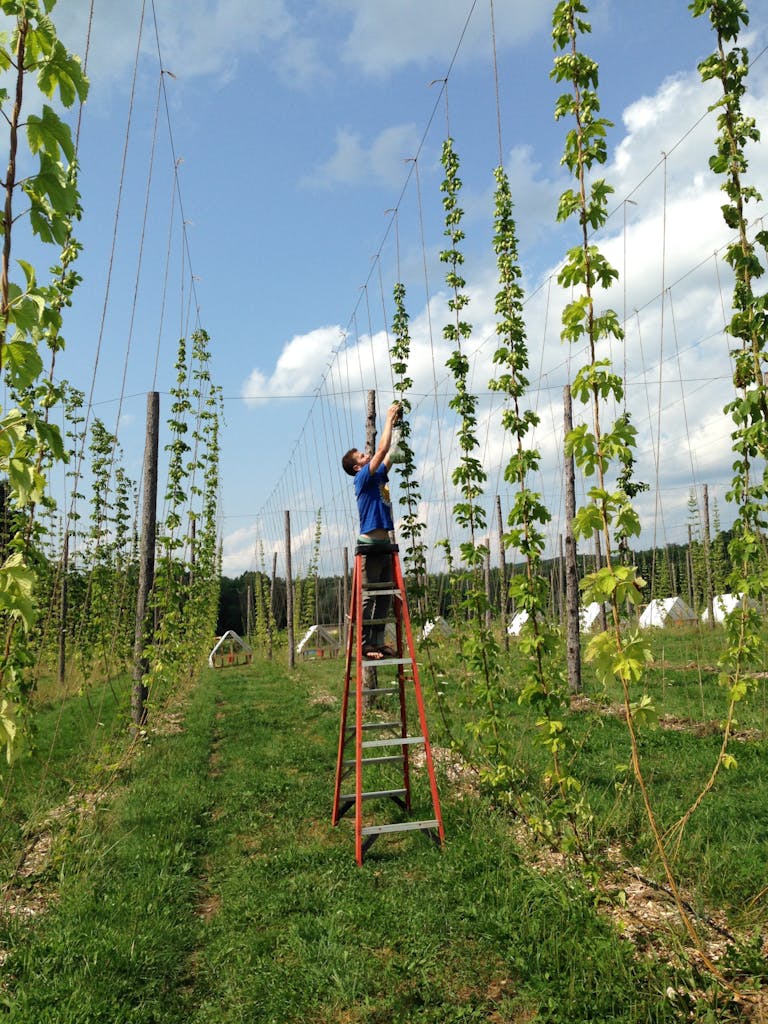 Anna Gowan, owner of Kingsley Tavern also brought her A game (as Kingsley always does) with an amazing slathered some pomegranate bbq sauce onto and grilled some pasture raised chickens from our very own Camps Road Farm.  Donating the money from our special keg, and a dollar from every other draft poured, we raised $600 for cancer research!

For breweries and restaurants, especially in small towns, forging a community is crucial.  Good beer and good food are enhanced by and most properly enjoyed when sharing with others.  For this to be our first official public event means a tremendous amount.  The same feeling that coursed through my bones when seeing the concrete poured came back through when I saw the turnout at our event.  The footings poured that morning are small in the context of the entire building, but without them the brewery could not stand.  Likewise, the good works of a few individuals joined by their neighbors on a Thursday night in July is the foundation on which we’ll continue to build our community long after the physical brewery is constructed.