Each year, HopUnion and ALS.net come together and create a unique hop blend featuring both experimental and widely sought after hops.  This year’s blend is particularly interesting – featuring Simcoe and Equinox; two distinct hops we love to use in our brewery alongside seven experimental hops that we have never before had the opportunity to brew with.  The result is rather beautiful..  Once Hopunion has blended the hops, they are distributed to participating brewers who in exchange agree to donate $1 per pint sold.  Last year, we donated the money from our keg sales since we were not able to serve pints or sell bottles at our brewery.  This year, that changes.

On Saturday, June 25 we will release our first bottled IPA, this year’s batch of Ales for ALS.  To date, all of our clean IPAs have been draft only, and brewed in one of two dedicated 10 bbl tanks.  In order to bottle some of this beer we ramped up production and switched over to one of our 30 bbl tanks.  The last thing we wanted to do, even if it is for a good cause is begin bottling our IPAs and have to pull draft beer from the market as a result. 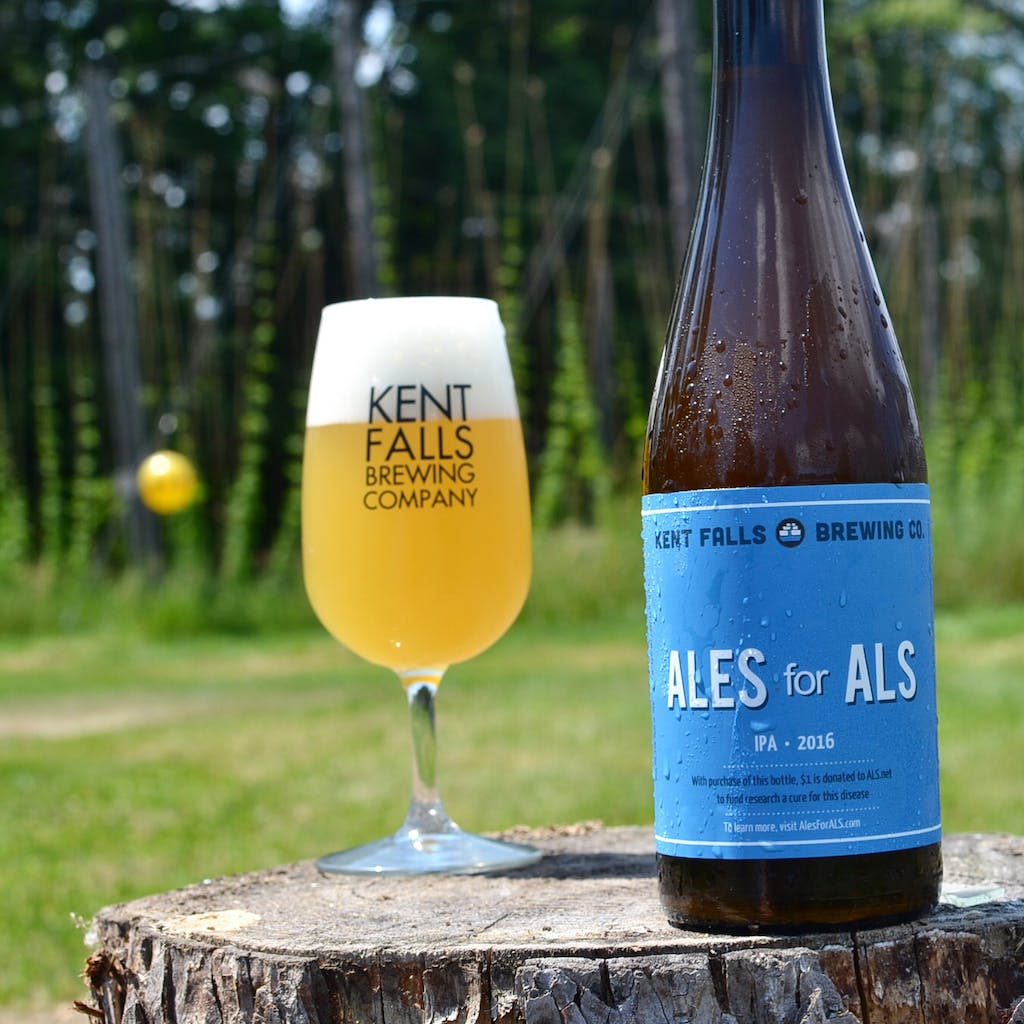 I first found out about the program when I was tagged on Facebook by an old friend who’s father has the disease.  While doing research online I found that we would be only the second participating brewery (after Willibrew) in the State of Connecticut.  A unique hop blend, a chance to raise money for charity, and call awareness to a dreadful disease while simply doing what we wake up every morning to do… brewing beer was a no brainer.  As it turns out, participation in the program is surprisingly simple and for any brewers reading this that have not yet inquired I cannot encourage you enough to reach out to the good folks at Ales for ALS through their website http://www.alesforals.com/ContactUs.aspx and see if its not too late.  Through participation last year, we found out that Connecticut has one of the highest rates of ALS in the country.  To see three additional Connecticut breweries, City Steam, Stony Creek, and Tidal River participating this year is tremendous and I hope it continues to gain steam each and every year.

This year we will be donating a $1 per bottle sold and the equivalent of each beer in every keg distributed.  We estimate that between the two we should raise nearly $6000, three times what we donated last year!  To raise the stakes even higher, we are sending donation boxes out to each account that share a little bit of this story and ask for your additional support to raise money to fight this disease.  Once all of the kegs have been tapped and the donation boxes collected, we’ll tally up the totals and a very special keg will be sent out to the bar that has collected the most donations. 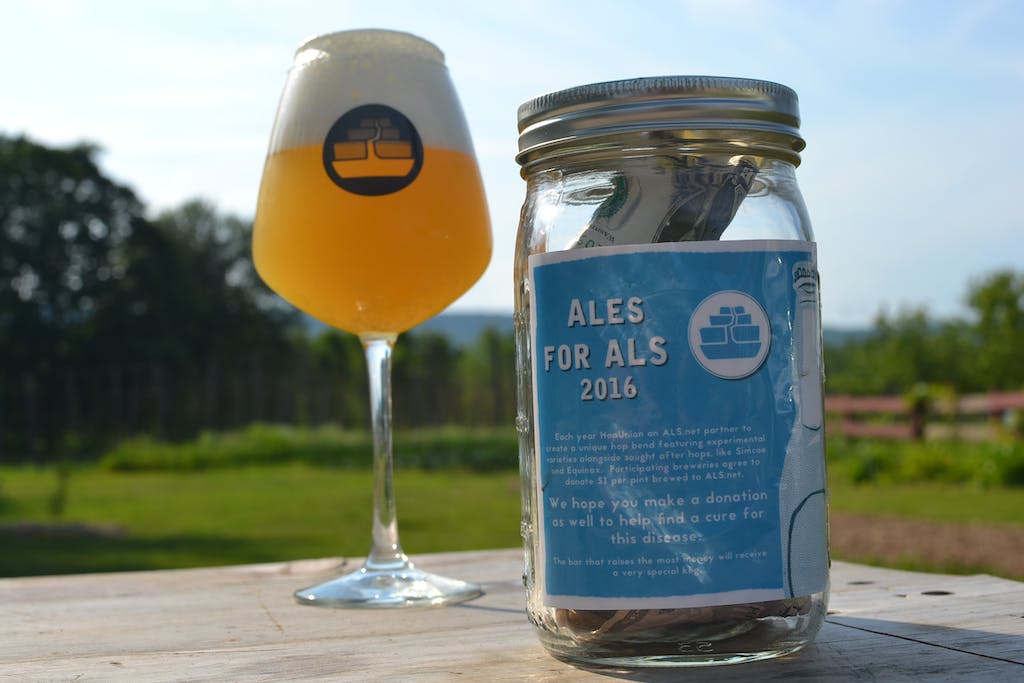 If you can’t make it to the brewery for the bottle release or make it to a bar while our batch is on tap and the donation jars are out, you are certainly not excluded from participating!  All you need to do is click here and make a donation!  Otherwise, we hope you have as much fun drinking this and trying to get your favorite bar a special keg as we have had making it.

Let’s have a beer and do some goo.